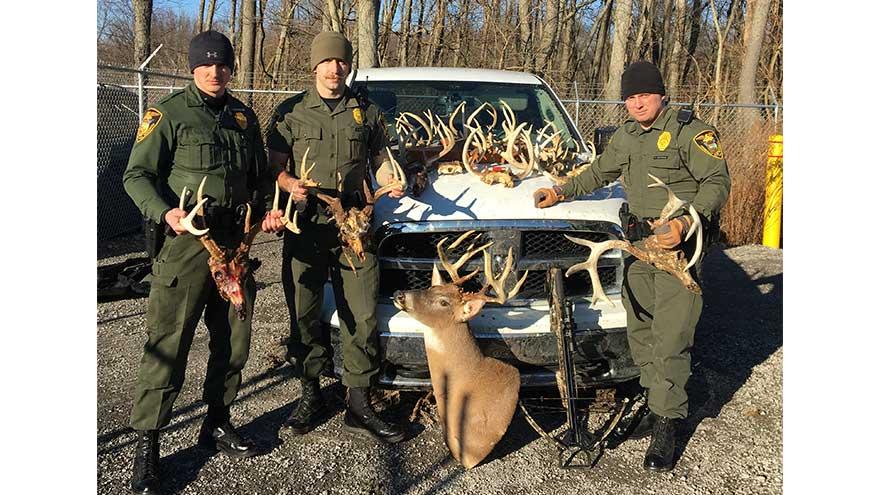 Following a two year long investigation by Indiana Conservation officers, a Milford man was arrested on weapons and poaching related charges on January 2.

On January 2, the Kosciusko County Sheriff's Office went to Howard's residence to investigate a violation of a protective order, along with conservation officers, Indiana State Police, Milford Police and Syracuse Police.

Howard was located driving his truck on 900 N near Old SR 15. Police said Howard attempted to flee by driving across a field but he was stopped when officers deployed stop sticks.

After Howard was taken into custody, conservation officers executed a search warrant related to poaching.

In the area where Howard had driven from officers, a K-9 unit searched the area. The K-9 located a 12-gauge shotgun with a scope. Conservation officers said it was the weapon Howard used while poaching deer, according to reports.

On January 3, conservation officers executed a search warrant at the home of Alfred Howard. There, they located a stolen handgun and the skull of what appeared to be a poached deer, reports said.

Kosciusko County deputies said the handgun seized was a missing piece of evidence from a large theft case that happened in the county recently.

Conservation officers said they were alerted to possible illegal deer hunting by Howard in 2016 and again in 2018.