DOC: One of the Elkhart Four defendants being released this week 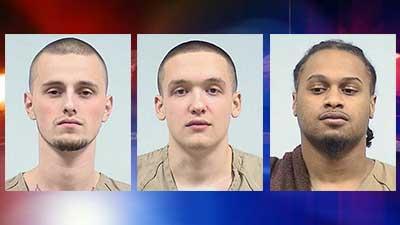 According to the Indiana Department of Corrections, one of the defendants whose murder conviction was overturned last year will be released from prison later this week.

Levi Sparks' murder sentence was overturned by the Indiana Supreme Court in September 2015 and was convicted of burglary, along with his co-defendants Blake Layman and Anthony Sharp.

Sparks was sentenced to nine years in prison on January 7.

Layman and Sharp were each sentenced to ten years in prison on the burglary charge.

Sparks' release date is January 31, but since it falls on a weekend, he will be released on Thursday, January 28,