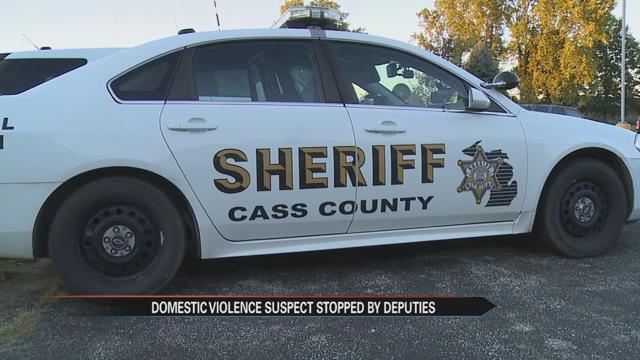 An unnamed suspect is being held by the Cass County Jail following a domestic dispute and confrontation with police.

According to the Cass County Sheriff’s office a female victim on Little Street in Howard Twp. called 911 around 1:30 a.m. on Thursday. She told them her 44-year-old boyfriend was brandishing a machete and acting “crazy.”

Police say the victim told them her boyfriend was upset and intoxicated.

She said he was carrying a machete in one hand and in the other a hand full of pills. When she tried to get the pills away from him, he took them.

Knowing police were on the way the victim reported he told her "if they come for me I'm not going out alive.”

Police say when they arrived, the victim and her young child were locked inside her car in a neighbor’s driveway.

Meanwhile, police say the suspect locked himself inside his girlfriend’s home and refused to open the door.

Police say when they entered the home the suspect came towards the officers carrying a large knife. When he wouldn’t drop the weapon a deputy trained in "Less than Lethal" used a shot gun with rubber bullets to stop him.

Still, police say he again attempted to charge at the deputies, who then took him to the ground and cuff him.

The suspect, who has not been named, is facing charges for aggravated assault, resisting and obstructing police and domestic violence.

He is currently being held at the Cass County Jail.