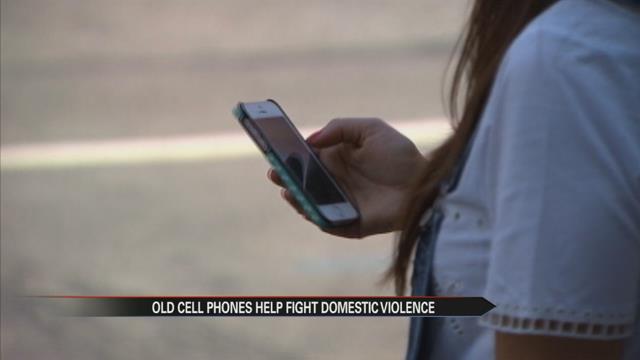 October is Domestic Violence Awareness month and you can help those affected by simply turning in your old cell phones and chargers.

Members of the YWCA talk about how this small effort goes such a long way women at this center.

“We’re always struggling to find the operating funds that we need to make sure that safety net’s in place,” said Linda Baechle, CEO of YWCA in North Central Indiana.

Your old cell phones and tablets still have value.

“People frequently don’t know what to do with theirs when they turn it in,” said Baechle.

Verizon is collecting them to help victims of domestic violence.

“It’s always hard for us to make sure that we have the money we need to keep the services in place… so this is one way people can help,” said Baechle.

It’s a program called HopeLine. Verizon recycles your used cell phones, tablets and chargers, converts them into money, and donates that to domestic violence shelters across the U.S.

“Our YWCA has been very fortunate for a number of years that Verizon through their HopeLine project has given us funds that we use for operating here at the shelter,” said Baechle.

“Everything just hit me like…. He thought he owned me. We’d end up fighting, arguing, I even got stabbed because of him,” said one woman at the women’s shelter.

That old cell phone in the drawer goes a long way.

“I had to get away. I found a lot of help here. I ended up going to their classes. Life skills classes. I start a new class tonight – a ‘getting ahead’ class,” she said.

You can donate at any of your local Verizon stores throughout Michiana. You can also find more information about HopeLine or how you can get involved.