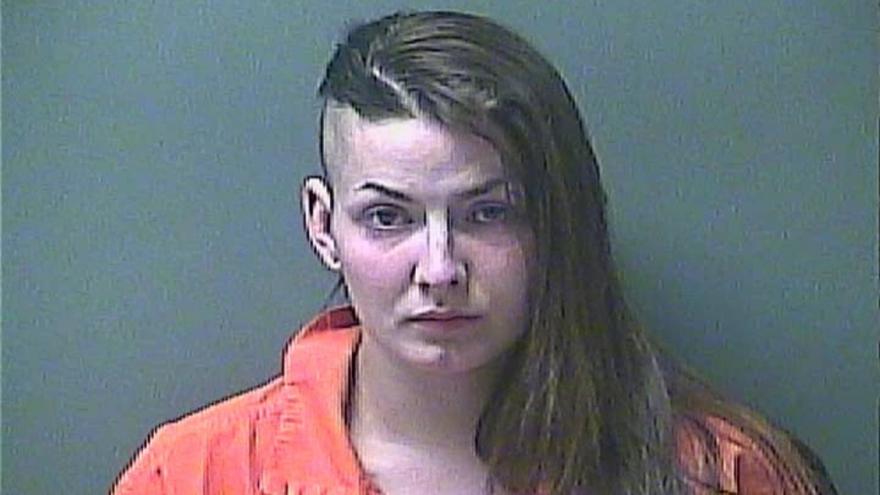 At 2:30 a.m. on April 8, a deputy was dispatched to the area of Wozniak Road and C.R. 450 North for reports of a hit-and-run crash involving a fence, reports said.

The deputy got to the area and learned of a second crash that had just occurred on Wozniak Road near Surrey Lane, about three miles south of the initial crash scene.

Before leaving the area of the first crash, the deputy found a silver bumper in the yard of a residence in the 7500 west block of C.R. 450 North, police said.

Upon arriving at the scene of the second crash, the deputy saw a silver passenger vehicle upside down, resting on its roof along the northbound shoulder of Wozniak Road.

The deputy located the driver, 27-year-old Lydia Bim-Merle of La Porte, nearby and after talking with her, he realized she was impaired by alcohol, reports said.

Information and vehicular evidence at the scene connected the vehicle to both crashes, police said. Another deputy went to the first crash scene to gather information.

Bim-Merle was taken to a nearby hospital for treatment.

After being medically cleared, she was taken into custody and transported to the La Porte County Jail.

Bim-Merle was arrested for the following charges, police said:

Bim-Merle has since been released from the Jail following a cash bond posted on her behalf.