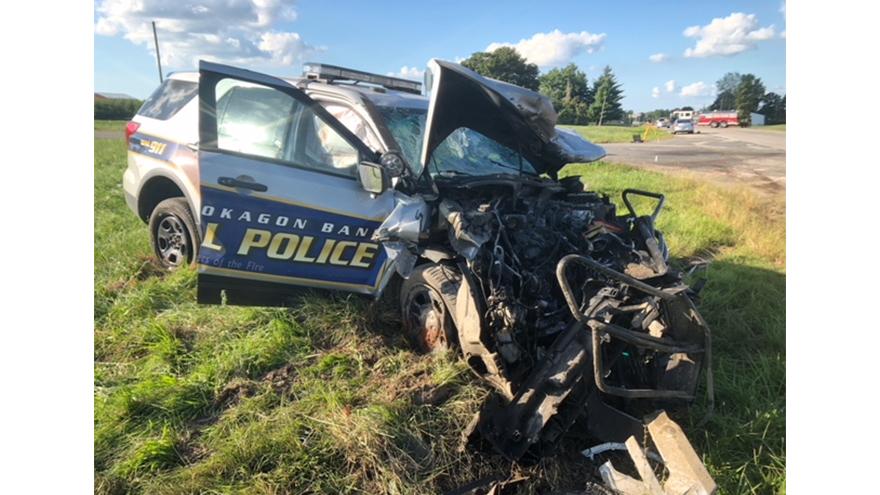 BERRIEN COUNTY, Mich. – A car accident in Michigan left one dead on Sunday.

Pokagon Police Department confirmed that two of their officers were involved in a deadly crash near M-140 and Territorial at 3:27p.m.

According to Berrien County Sheriff's Office a 69 year old woman is dead after after running a stop sign and colliding with a Pokagon Band Tribal Police vehicle.

Officials say the officers were responding to a call of a domestic violence incident in Silver Creek Township.

Two officers were in the vehicle; the passenger was injured and taken to a South Bend Memorial Hospital, and the driver was taken to Lakeland Hospital in St. Joseph.

The scene was cleared around 6 p.m. Sunday evening.

Evidence on scene shows that everyone involved was wearing their seat belts at the time of the crash.

The crash remains under investigation, and the names of the people involved will be released at a later time.

Contributions to this story also made by: Kelsey Stanger
Share this article: