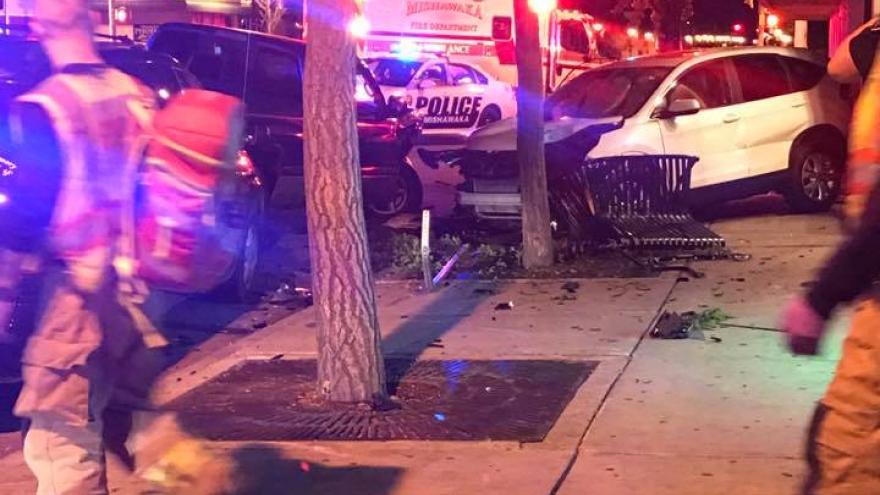 MISHAWAKA - A driver was taken to the hospital with minor injuries after hitting two parked vehicles, a trash can, a city-owned bench and some street signs early Monday morning, according to Mishawaka police. The crash happened near Lincolnway & Main Street in downtown Mishawaka just after midnight.

Police say the cause of the crash could be driver fatigue. He or she was not arrested or cited.

Pictures from the scene show a street sign lodged in a tree right in front of Smith's Downtown Tap & Grill.