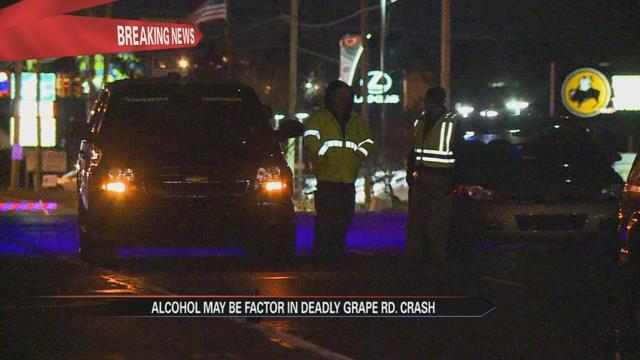 The man who was killed in the accident on Grape Road Wednesday afternoon has been identified, according to the St. Joseph County Prosecutor's Office.

Around 5:30 p.m., 53-year-old Randy Boyd was driving south on Grape Road between Edison Lakes Drive and Day Road when he allegedly crossed the center line.

His vehicle sideswiped one vehicle, then struck another head on, according to the prosecutor's office.

Boyd was pronounced deceased Wednesday evening at the hospital.

The driver of the vehicle that was sideswiped suffered minor injuries.

The driver of the vehicle struck head-on suffered a broken ankle.

Boyd's passenger was unconscious at the accident scene but is expected to make a full recovery.

The prosecutor's office says alcohol is believed to have been a factor in the crash. The investigation is ongoing.