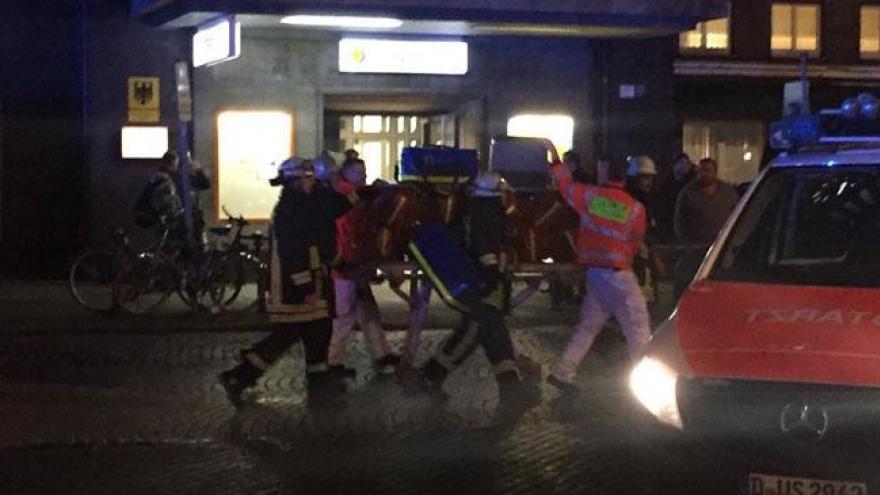 No one was killed, a police spokesman said.

"A suspect tried to flee and was injured as well," said an unnamed spokesman who briefed reporters. Two women were among the injured.

One person was arrested but police didn't identify the suspect.

Police are investigating whether other people were involved in the attack.

Bruno Macedo, a passenger on a train that was due to stop in Dusseldorf, said the train station was closed and his train was diverted to Cologne.

CNN's Nadine Schmidt in Berlin and Laura Goehler contributed to this report.