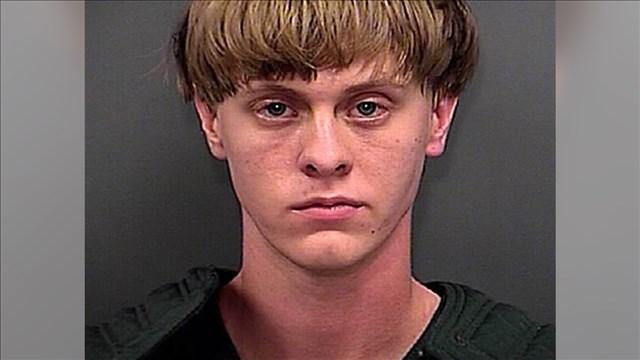 (CNN) -- Jury selection proceedings will resume Wednesday in the federal trial of Dylann Roof, who's accused of killing nine people at an historic African-American church in Charleston, South Carolina.

A hearing on the motion was closed to the public, and the judge said that he could not reveal details about the nature of the hearing, CNN affiliate WCSC reported.

Roof said he picked the church, known as Mother Emanuel, because he wanted to provoke a race war. Roof is white, and all the victims were black.

He faces trials in federal and state courts, with the federal trial happening first.

What happens during the jury selection?

Prospective jurors for the federal case will appear in US District Court in Charleston.

The group has been whittled down to 512 from the 3,000 people who received jury summonses, CNN affiliate WACH reported.

Groups of 10 were scheduled to gather in the courtroom for questioning until attorneys narrow down the field to 70 for the next stage of the selection process, WACH said. The jurors will be chosen from the Charleston area.

When will the trial start?

It's unclear when the jury of 12 primary jurors and six alternates will be picked.

According to the Charleston City Paper, the judge said opening statements from prosecutors and defense lawyers might start in late November or early December.

Breaks would probably be scheduled during Thanksgiving and, possibly, the Christmas holidays. That means the trial easily could carry over into the new year.

What are the charges?

What is the possible punishment?

Roof could be sentenced to death, if convicted. In announcing its intention to seek the death penalty, the US Justice Department cited several aggravating factors, including Roof's desire to incite violence and picking his victims "in order to magnify the societal impact of the offenses charged in the indictment."

Will Roof be tried on murder charges?

Yes. He faces nine counts of murder and other charges in the state court system. Charleston County Solicitor Scarlett Wilson has said she also will seek the death penalty. The state trial is scheduled to start January 17, 2017, in Charleston.

How have their relatives responded?

Citing their Christian beliefs, family members expressed forgiveness in a court hearing days after the massacre. "I will never be able to hold her again, but I forgive you," a daughter of Ethel Lance said. "And have mercy on your soul."

Pinckney's widow, Jennifer Pinckney, has advocated for stricter state gun laws, The Post and Courier newspaper reported. Some family members filed wrongful death lawsuits against the federal government, alleging Roof should not have been able to purchase the gun used in the killings, the Post and Courier said.

How has the community reacted?

Local ministers, officials and members of the NAACP held a joint news conference October 31 and pleaded for peace during the Roof trial, as well as during another racially charged proceeding.

Michael Slager, a former North Charleston police officer, is being tried for murder in the death of Walter Scott, who was fatally shot in April 2015. Slager is white and Scott was black.

Charleston Mayor John Tecklenburg told the Post and Courier: "I hope and believe we will be an inspiration to everyone not in just how to conduct a trial but in how we can constructively move forward and treat everyone with love and respect rather than hate," he said.

How has the church reacted?

Mother Emanuel church, a pillar of Charleston's African-American community since the 1800s, conducted a get-out-the-vote drive ahead of Tuesday's election.

Last July, the church held a one-year anniversary ceremony to mark the killings and designated July 21 Acts of Amazing Grace Day, when everyone was encouraged to perform "their own personal act of amazing grace."

CNN's Holly Yan and Keith O'Shea contributed to this report.