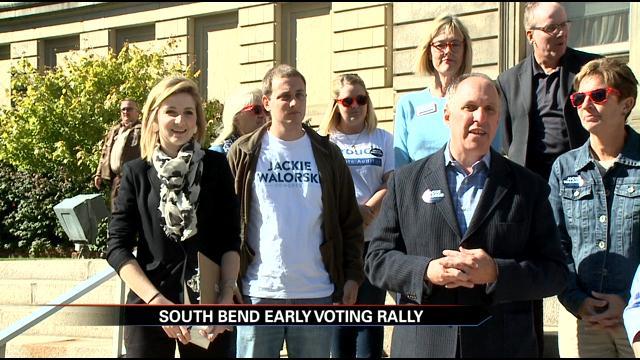 Tuesday was the first day of early voting in Indiana, and on Wednesday, politicians in South Bend held an early voting rally in downtown.

Officials were out in force, trying to get voters energized for the upcoming election.

The ballot boxes are open at the County City Building to registered voters weekdays from 8 a.m.-4:30 p.m.

“Take that opportunity to vote. It may be busy on November 4th. We don't want them to forget about the important role that this election can play,” says Tim Berry, Chairman of Indiana's Republican Party.

Following the rally, attendees headed to the County City Building to fill out a ballot.

Those wanting to vote early need to provide a photo ID.