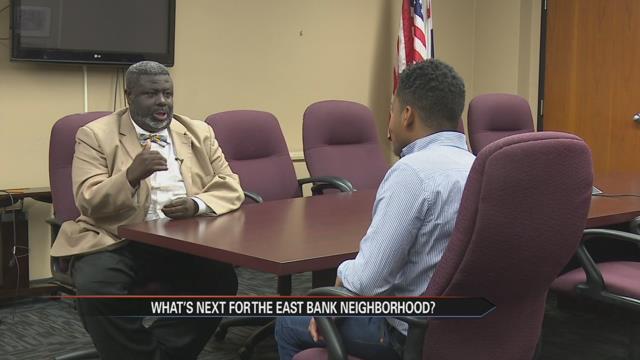 The developer of a proposed high rise and South Bend officials are weighing on the fallout of Monday’s council decision to block a 12-story building from being built in the city’s East Bank neighborhood.

Before this recent proposal the 2008 East Bank Area Plan was created because of the lack of interest in developing the area.

So the city would like to find a way to make some type of plan happen in the neighborhood soon.

Davis is breathing a sigh of relief now that the hard part is over for the council.

For now, they won’t have to sit through long council meetings and fight over zoning rules for the proposed high-rise property in East Bank.

They’re now hopeful the developer and the city can go back to the drawing board in order to ensure future development for an area that could use it.

“This can be solved before the year is out and we will be back on a fast track and no money, no part of this development will be at risk,” said Davis.

That optimism though, must be met with compromise.

“Until the city changes, we’re just stuck. For now this parking lot just stays a parking lot and we don’t get a grocery store or a pharmacy in downtown South Bend,” said developer Dave Matthews.

The lot also didn’t get two parking garages the city committed to building in the same plan that struck Matthews’ proposal.

“You said you’re going to build this garage but you didn’t. If you can’t pay for it, let us pay for it but let us go taller,” said Matthews.

Instead of going taller, the council is hoping to put the pressure on the city now so the developer can move forward.

“We must hold our agreement, hold Mr. Matthews to his agreement so then the city will be in agreement,” said Davis.

Mayor Pete Buttigieg says he’s hopeful both the proposal and the plan for the area will make some changes in order to make this development happen.

Councilman Davis says he’s also drafting a resolution to take a look at all area plans and make sure they’re reflective of this ever-changing city.