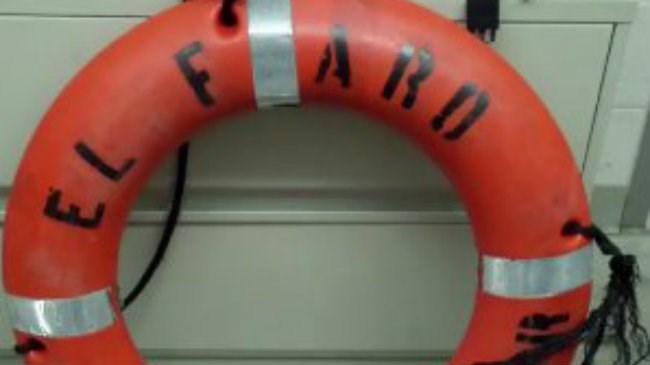 (CNN) -- The National Transportation Safety Board has recovered the data records of El Faro, a ship that sank with all hands on board last year near the Bahamas.

Investigators hope to find GPS navigational data and crew communications on the recorder that will give them a window into the final hours of the doomed ship that sunk during Hurricane Joaquin in October.

The entire crew, 33 members, went down with the ship.

"The recovery of the recorder has the potential to give our investigators greater insight into the incredible challenges that the El Faro crew faced," said NTSB Chairman Christopher A. Ha

The NTSB made an unsuccessful attempt to retrieve the recorder previously.

The owners of El Faro said the captain, Michael Davidson, had a "sound plan" to avoid Hurricane Joaquin, but the ship's main propulsion failed, stranding the crew in the path of the Category 4 storm.

The U.S. Coast Guard Marine Board of Investigation, which is trying to determine whether commercial pressure, negligence in cargo security or poor safety culture had anything to do with the accident, heard a second round of testimony in May about the ship's stability and cargo security, according to maritime-union.com

"Furthermore, the board heard that the US-flagged cargo ship received outdated weather forecasts before it encountered Hurricane Joaquin, while the former El Faro master, Capt. Jack Hern, earlier said that he had raised concerns over the ship's stability, citing water integrity issues, wear on hatches and boilers that often needed maintenance as key vulnerabilities," maritime-union.com reported.

A marine board investigation is the Coast Guard's highest level probe. It's the first such investigation held since the explosion of the Deepwater Horizon, which killed 11 crew members in 2010.