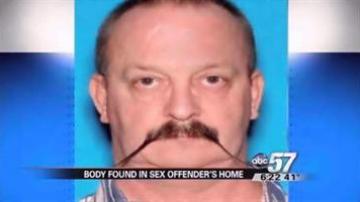 NEW ALBANY, Ind. -- An Indiana neighborhood is on edge after the body of a 75-year-old woman was found in the home of a registered sex offender!

No one has been arrested, but the sex offender -- 54-year-old William Gibson -- is a 'person of interest'.

Police said his family discovered the body when they stopped by to visit.

"He always has been really, really nice. I just, this just blows me away," said neighbor Patricia Williams.

"It was really scary because there are a lot of single ladies that live around here," said neighbor Faye Davis.