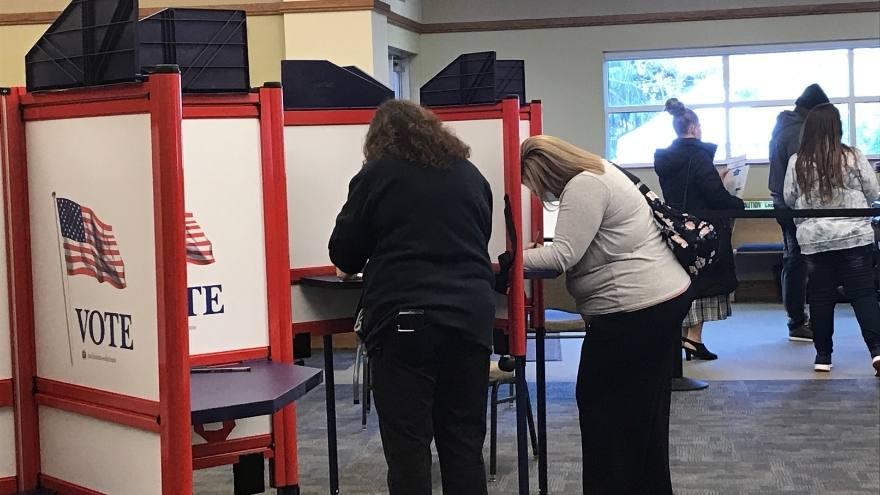 Community members cast their votes in Niles on Tuesday morning.

The polls close in Indiana at 6 p.m. and in Michigan at 8 p.m. ABC57 has reporters throughout Michiana with the latest updates on polling locations, any issues voters have experienced and interviews with candidates who are voting today.

The AP is calling the Indiana Gubernatorial race for Eric Holcomb.

The polls in Indiana's Eastern time zone have now closed. If you are in line, you will still be allowed to vote - so do not leave.

Workers at Swanson Traditional School said there was a line to vote until about 4:30 p.m. and then things slowed down. 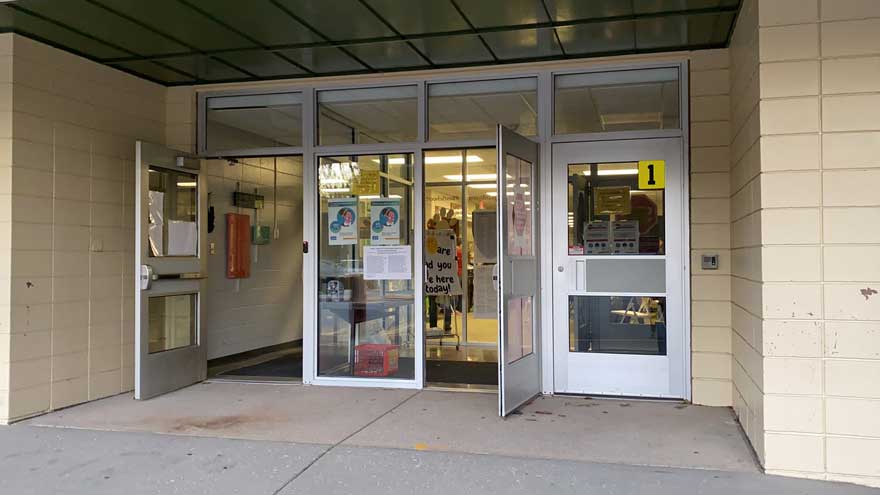 5:25 p.m.
Some voters were entertained while they waited in line. 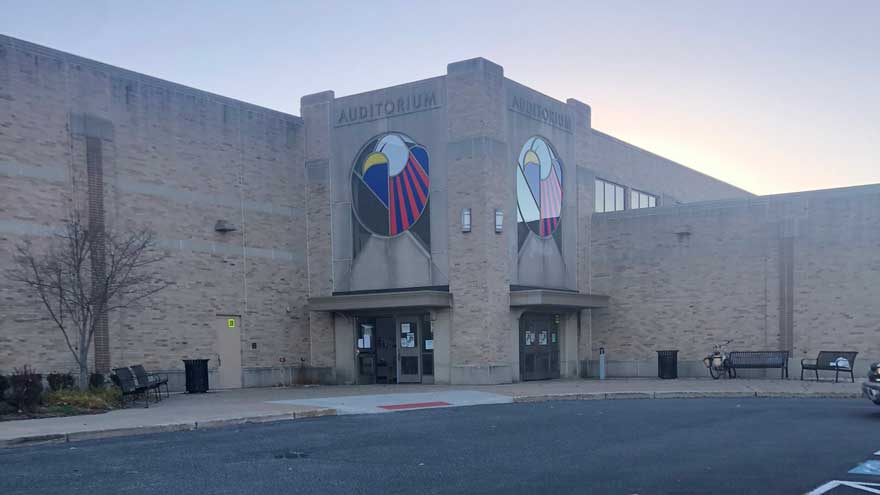 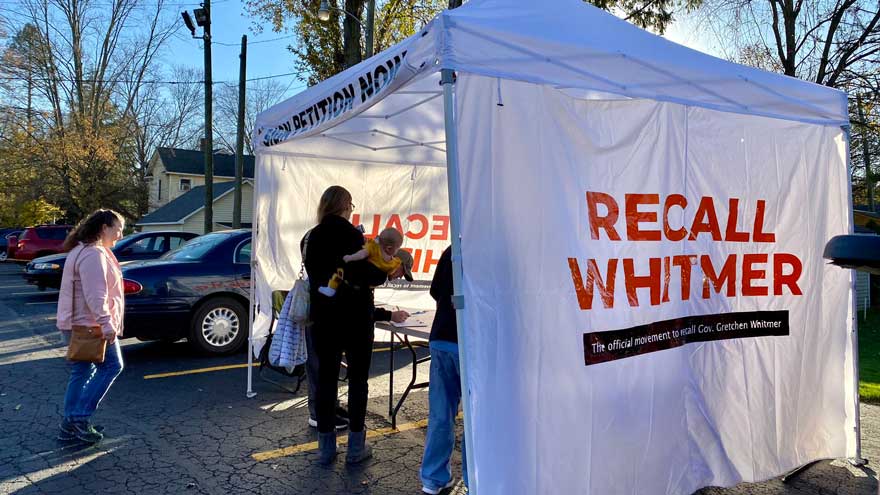 3:39 p.m.
Line at New Hope United Methodist Church in Elkhart County is getting longer as the afternoon goes on 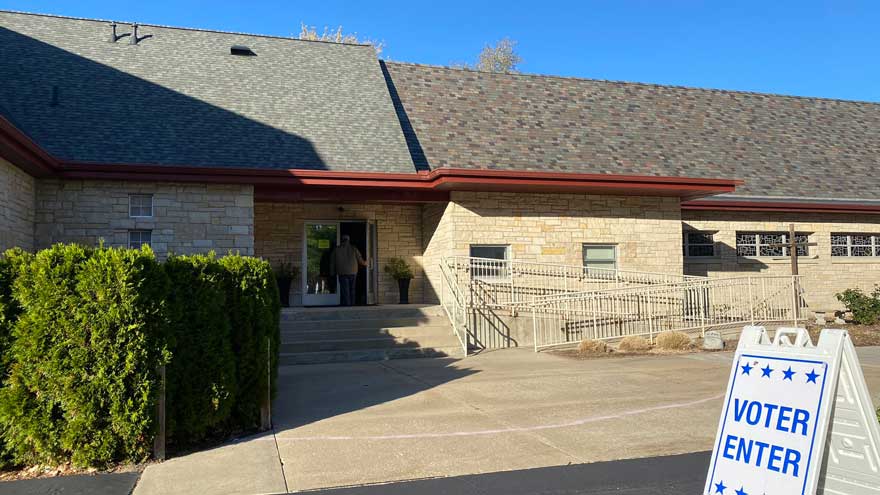 2:40 p.m.
The line at the County Services Center in Mishawaka is approximately 15-20 minutes.

Some businesses in Indianapolis have boarded up their windows in preparation for possible unrest surrounding Election Day. Have you seen any businesses boarded up around Michiana? Send us an email at news57@abc57.com 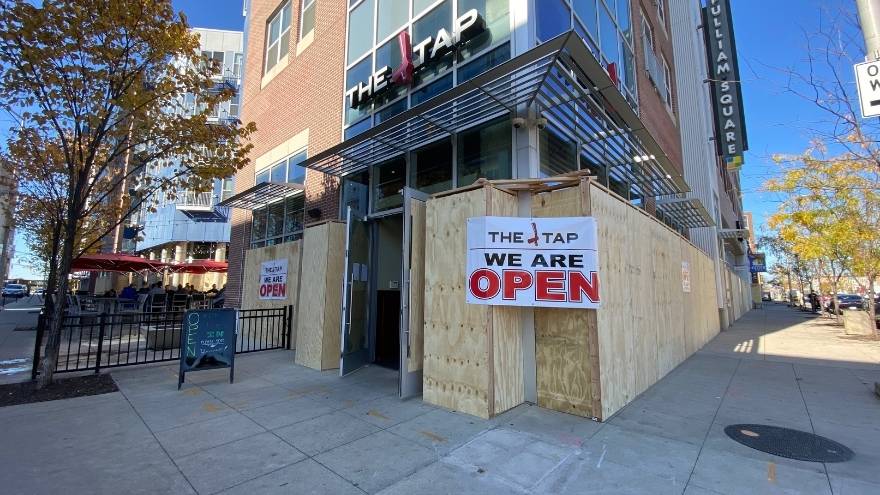 Multiple voters are reporting that the Walkerton polling location are experiencing long lines, with some voters saying they waited about an hour and a half to vote on Tuesday in-person.

An official with the St. Joseph County Election Board confirmed that poll workers are trained not to ask voters to cut others in line. The official said that the line-cutting issue at Schmucker Middle School has been resolved. Read more about this

The current line at the Century Center is moving quickly, according to ABC57's Summer Horan. 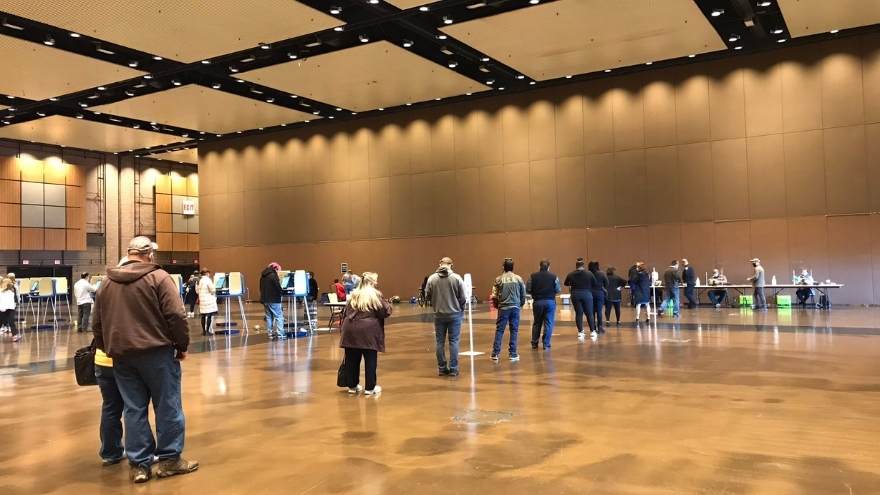 The line at Swanson Elementary in South Bend is wrapped around the parking lot. Voters said they waited upwards of an hour/ hour and a half to vote.

A voter reported that while waiting in line at Schmucker Middle School, she saw organizers asking voters in line if they served in the military. If they answered yes, they were brought to the front of the line, the voter said.

The action was reported to the St. Joseph County Election Board by the voter. We're working to get information from election board officials about what happened. An assistant with the election board said the issue was raised and has since been resolved. 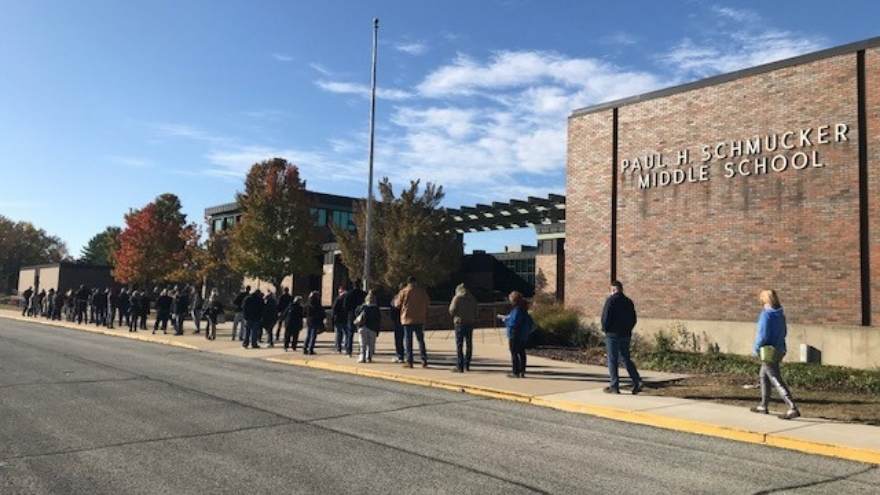 There's a long line outside of Swanson Traditional School in South Bend. 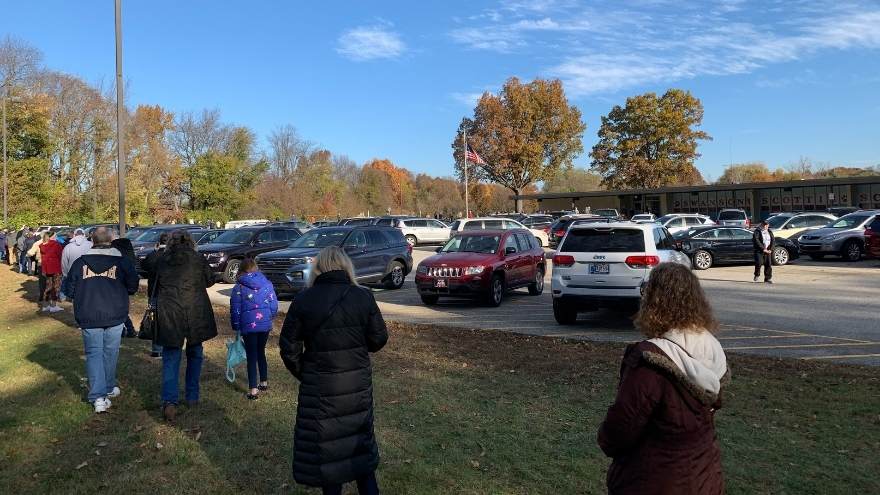 Reports are rolling in about a few problems at polling places, including at John Young Middle School. A voter reported having to put a paper ballot into a box instead of using a voting machine. An organizer said that while the ballot machine was jammed earlier this morning, it is fixed as of about 9:15 a.m.

Take a look at the long voting line at Prairie Vista Elementary in Granger around 9 a.m. What does your polling place look like this morning? Message us a photo or video on our Facebook page

About 60 people are waiting in line to vote at LaSalle Intermediate Academy.

The line to vote at the Mishawaka County Services Building is wrapped around the front of the building. One voter said his total wait time was 53 minutes. 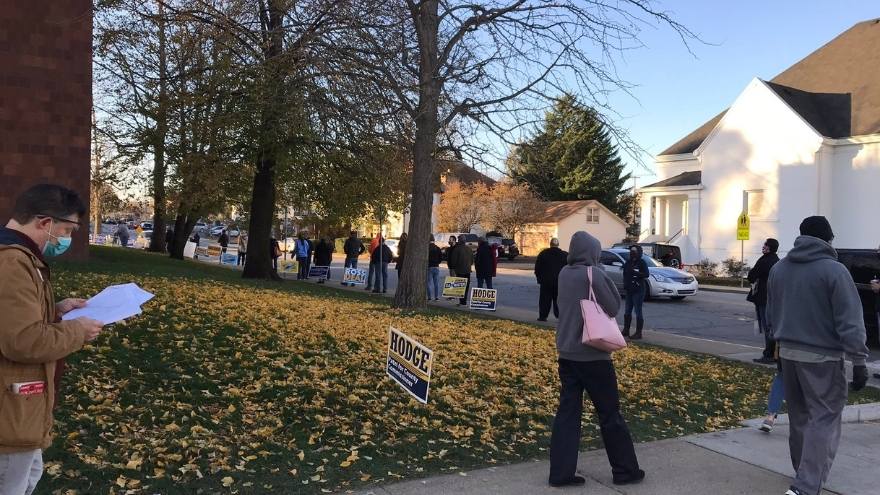 The line at the Century Center in downtown South Bend has shrunk in size. 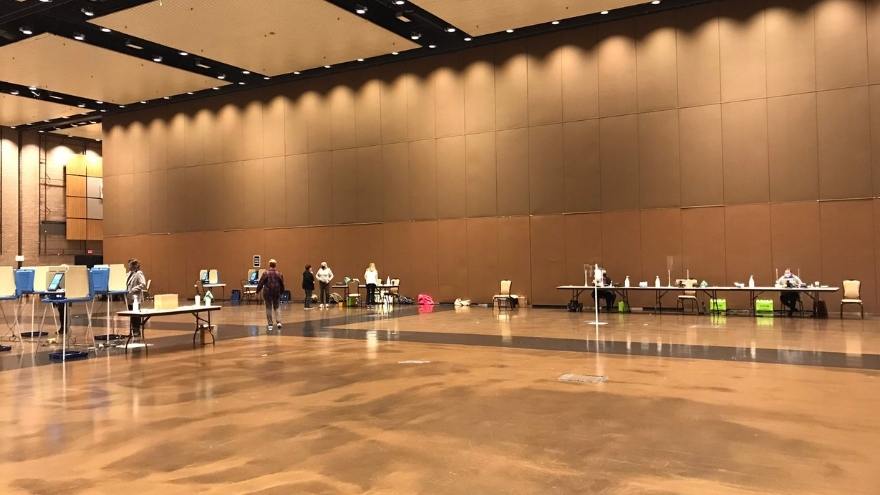 Polls open in Michigan. Voters are lined up to vote at St. Paul's Lutheran Church in Niles. 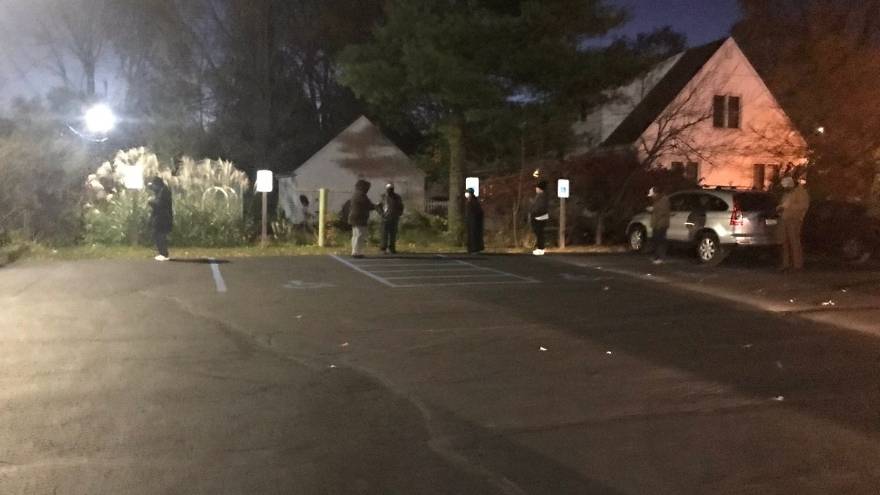 Polls open in most of Indiana. Click here for information about Election Day

The line to vote at the Mishawaka County Services building is wrapped around the corner and the parking lot is full. Polls don't open in most of Indiana until 6 a.m. 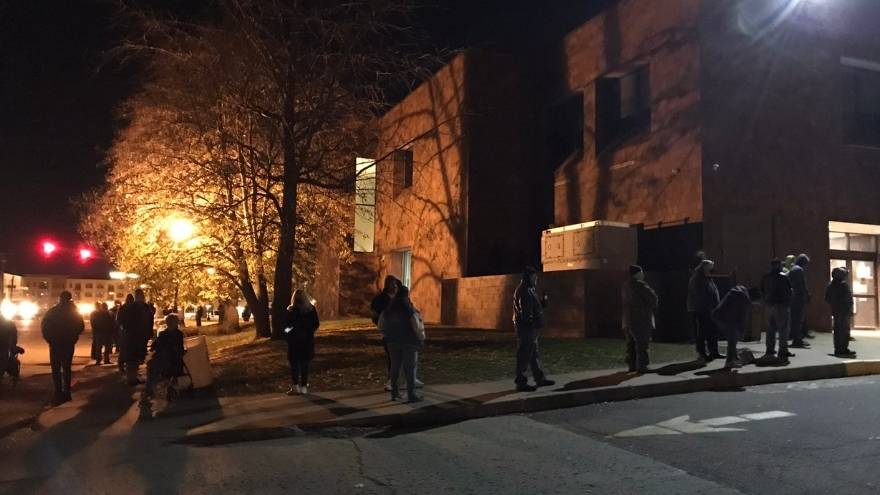 The first voter arrives at the Century Center to wait in line to vote. ABC57's Summer Horan interviewed him during our 5:30 a.m. newscast.