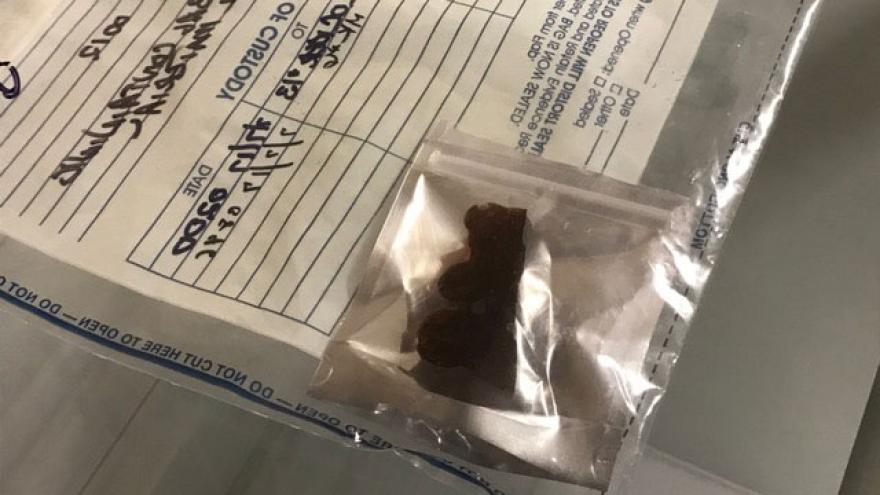 LA PORTE COUNTY, Ind. -- Eleven people from Fishers, Indiana were taken to the hospital after eating large gummy bears laced with THC, the active ingredient in marijuana, according to the La Porte County Sheriff's Office.

While on the way to the scene, a deputy with the La Porte County Sheriff's Office found a 19-year-old man walking along the road. He told the deputy he had ingested an unknown drug and wanted to be taken to the emergency room.

Deputies determined his friends were at a residence in the 5200 block of CR 325 W.

Once at the residence, the victims told deputies they had six large gummy bears laced with THC and each of them ate half of a gummy bear, according to deputies.

The teens were from Fishers, Indiana and all were between the ages of 18 and 19 years old.

The teens experienced symptoms such as rapid heart rate, pain in their legs, blurred vision and some suffered from hallucinations, deputies said.

"At the time we treated them as the potential to be unstable. Thank goodness it didn't turn out to be that way. The symptoms subsided throughout the morning and as Captain Kellems stated, majority released and the outcome ended up positive. But at the time we had no idea what we were up against, or what we were dealing with," said Andre McGuire, an administrator with La Porte County EMS.

Tests were conducted on two of the patients and they had high levels of THC in their system.

“We’ve seen marijuana, wave seen drugs that come in different types of forms, made traffic stops and recovered that type of evidence in the past but never something that comes in the form of a gummy bear, and obviously with that high of a concentration of THC, enough that it's going to affect all 11 people, this wasn’t one bad gummy bear, they tell us they had 6, and they cut each of them in half," said Captain Mike Kellems of the La Porte County Sheriff's Office.

The incident will be forwarded to the La Porte County Prosecutor's Office to determine if any charges apply.