Elkhart Central Blazers win the battle for the Mangy Lion 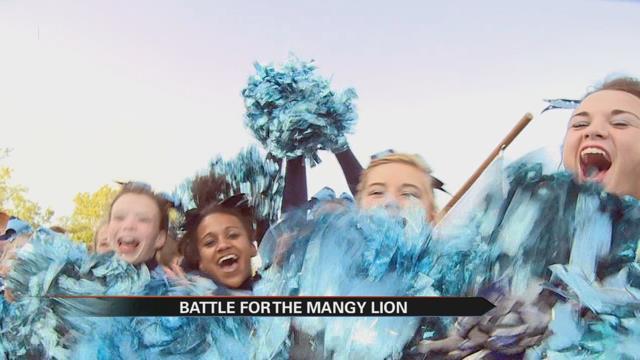 The Elkhart Central Blazers went head to head Friday night with the Elkhart Memorial Chargers to fight for the Mangy Lion Trophy.

The school says that although it's a non-conference matchup, the Mangy Lion rivalry game is the biggest game of the year.

The yearly battle for the Mangy Lion began in 1972 when the two high schools split.

“I believe this art teacher found a piece of oak and carved the Mangy Lion out of it and it became the symbol for whichever school won the game that year,” said Coach Buck.

But it wasn't just the Mangy Lion Trophy on the line Friday night.

The rivalry was chosen to be apart of the Great American Rivalry Series, a national program that connects the teams with local Marines.

They awarded college scholarships to the athlete with the highest GPA on both teams.

“If you’re out there on the field you have to work as part of a team and the Marine Corps is all about having leadership, teamwork and having that discipline to know what to do at the right time,” said Sgt. Tyler Mitchell, U.S. Marines.

In addition to the Mangy Lion Trophy, the Great American Rivalry Series also awarded the Blazers with a trophy.