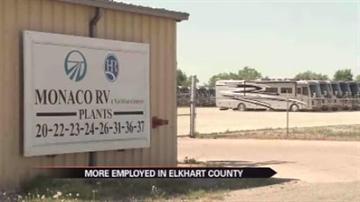 According to the United States Bureau of Labor Statistics, about 7,500 people were unemployed in April. That number is down from March.

The numbers show nearly 2,000 more jobs were added in that one month.

Across Indiana, the unemployment rate dipped from 9 percent in March to 8 percent four weeks later.