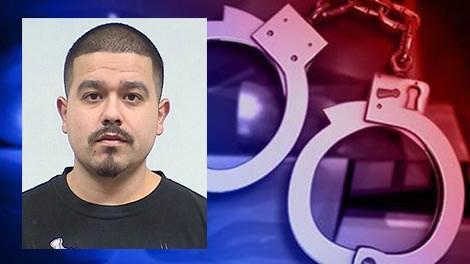 After stopping a driver for a seat belt violation, Elkhart Police discovered the driver was never licensed and was using the social security number of a federal agent, according to Elkhart Police.

Elkhart Police conducted a traffic stop around 12:45 p.m. Wednesday on the vehicle driven by Amando Martinez Ramos of Elkhart.

During the traffic stop, the officer learned Ramos was driving without ever having received a license, according to police.

He also allegedly had marijuana and drug paraphernalia I his possession, according to police.

Further investigation revealed he was working at an Elkhart business using the social security number of a Department of Homeland Security federal agent working out of the Detroit area.

Ramos was arrested and charged with forgery, identity theft, possession of marijuana, possession of drug paraphernalia, never receiving a license and two counts of possession of false government issued identification.