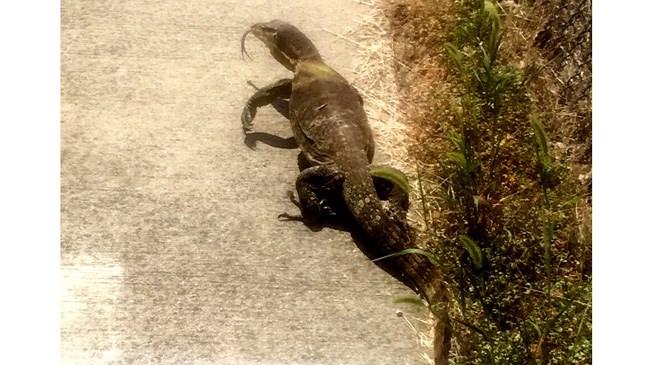 The lizard was located in the parking lot of the Indiana National Guard Armory at 2313 Oakland Avenue.

"It looks nasty. It really does look like some sort of a prehistoric creature," said Deb Mayberry, who works next to the armory.

"I can only imagine standing outside looking off to your left or right and seeing a four foot lizard walking around," Sgt. Chris Snyder with Elkhart Police said.

Officials at the Humane Society say there is a lesson here.

"I’d encourage people to check the ordinances in the cities that they’re living and abide by them in terms of the kinds of pets that they have," Humane Society executive director Anne Reel said.

Reel says the lizard is considered an exotic animal and is therefore illegal to own in city limits.

Authorities say they know who the lizard belonged to, and that person will most likely receive a fine and could be subject to further investigation.

In the meantime, the Humane Society is searching for a sanctuary or zoo to house the Asian Water Monitor.