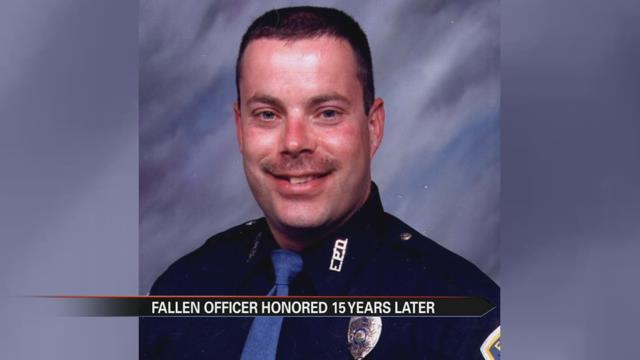 The Elkhart Police Department gathered on Sunday, marking 15 years since the death of Patrolman Doug Adams.

On March 20, 2001 Adams was killed in a crash involving two police squad cars in downtown Elkhart while he was on the job. He was responding to another officer’s call for help.

“Doug was doing what he was doing for any one of us. He was always there to back you up... He was always out there doing everything he could to make sure that Elkhart was a safer place,” said Sgt. Chris Snyder.

Sgt. Snyder says Adam’s death was very hard for the department, who hadn’t lost an on-duty officer in over 75 years.

“It was difficult we lost a fellow officer but most importantly we lost friend,” said Sgt. Snyder.

“The officers at that time said we’d all get back together every year to honor him and to remember what he was doing and the sacrifices that he made,” said Sgt. Snyder.

Every year on the anniversary of his death the department gathers at the corner of Franklin and Main to pay tribute to him.