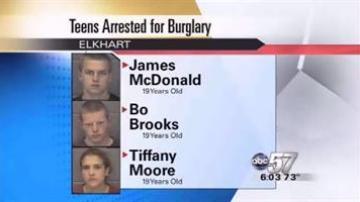 An officer noticed the trio was acting suspiciously.

Police say they attempted to get away, but the officer found their bikes next to a pile of electronics taken from a nearby home!

Investigators say the teens may be connected to other recent burglaries in Elkhart.