Elkhart will not annex area eight 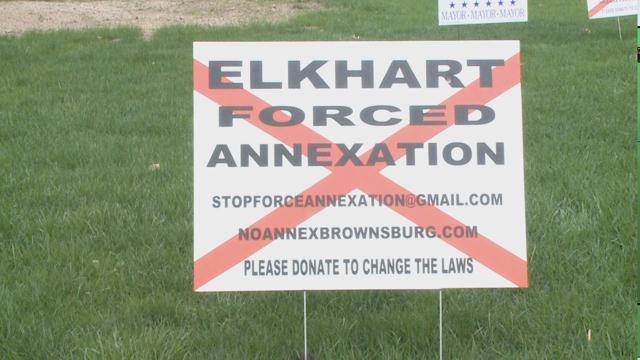 At the Elkhart Common Council meeting Wednesday night, the city announced an agreement that area 8 would not be annexed into the city.

The city and the Karres reached a settlement last Thursday.

The settlement agrees that Elkhart will not annex any residences in area eight for 20 years.

However, when the details of the settlement were read at the Elkhart Common Council meeting Wednesday, the Karres were furious.

“I'm disappointed but not surprised,” Terry said after the meeting.

The Karres said the settlement presented Wednesday included a stipulation they didn't agree to, which allows individual households to opt in to annexation.

“We don't want one house in the middle of 13 to annex themselves into the city,” Terry said.

Terry and Debbie Karre say they don't know why anyone would choose to be a part of the city.

They say they enjoy the freedom the county provides when it comes to yards and pet ownership, and they don't want to pay city taxes.

“All we want is the peace of the county, the life that we've had in the last 20 years,” Terry said.

Matt Price, attorney for the city of Elkhart, says the Karres' concerns are unwarranted. He holds firm that everything in the agreement was signed and understood, and the Karres got exactly what they wanted.

“The mediator presented them with an agreement and they signed it. I think the statements tonight were shocking, unwarranted and without any reality in fact,” Price said.

The Karres say they will try to go back to court to change the wording.

Areas six and seven in Elkhart County are still up for annexation.

Individuals in both counties are suing the city as well.

Wednesday's meeting has no affect on those separate cases.