Employee at Ameri-Kart killed in stabbing 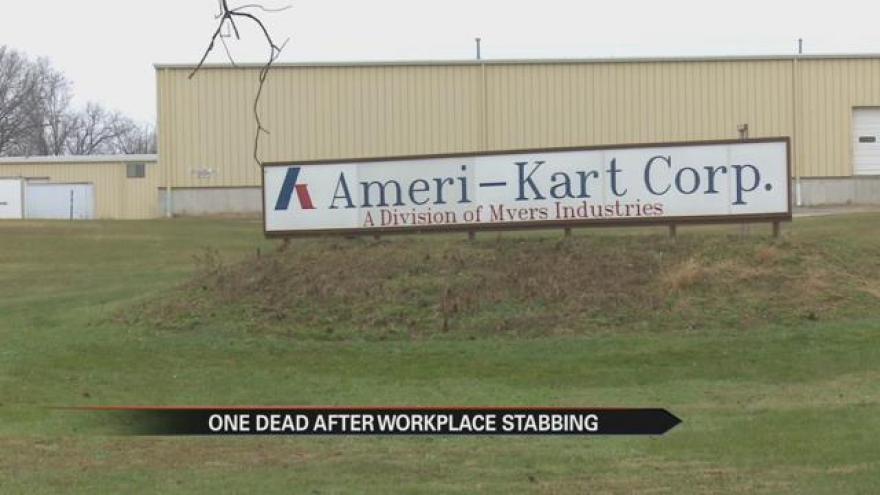 An Elkhart man is dead after being stabbed at his workplace early Wednesday morning.

“Witnesses state that they were just sitting on a break, and then the suspect just lunged at the victim,” Cass County Sheriff Richard Behnke said.

“19300 Grange, Ameri-Kart, Building 5, have a report of a male employee who was stabbed,” a dispatcher said, according to audio obtained from Broadcastify.

“Upon arrival, officers found a suspect bleeding from the neck area,” Behnke said.

“The plant has their own emergency service crew,” Behnke said. “They went and tended to the victim – attempting to control the bleeding…but they could not revive him and bring him back.”

The victim has been identified as Jan Carlos Velazques Mendez, 24, of Elkhart.

He had been working at the custom molding manufacturing plant in Cass County for six months.

“Porter Ambulance, Cass Central, suspect is in custody, respond priority one to the scene,” a dispatcher said, in more Broadcastify audio.

The suspect is only being identified, at this point, as a 23-year-old man from Elkhart.

His name will be released once he goes before a judge.

Behnke said nearby coworkers held the suspect down until police arrived.

What led to the stabbing is still being investigated.

“Everything [is] indicating right now the coworkers got along,” Behnke said. “I don’t know if it was an incident at work or not, but they were on a break at the time.”

Management at the plant would not speak with the media Wednesday.

An autopsy of Mendez is scheduled to be performed Thursday at Western Michigan University.