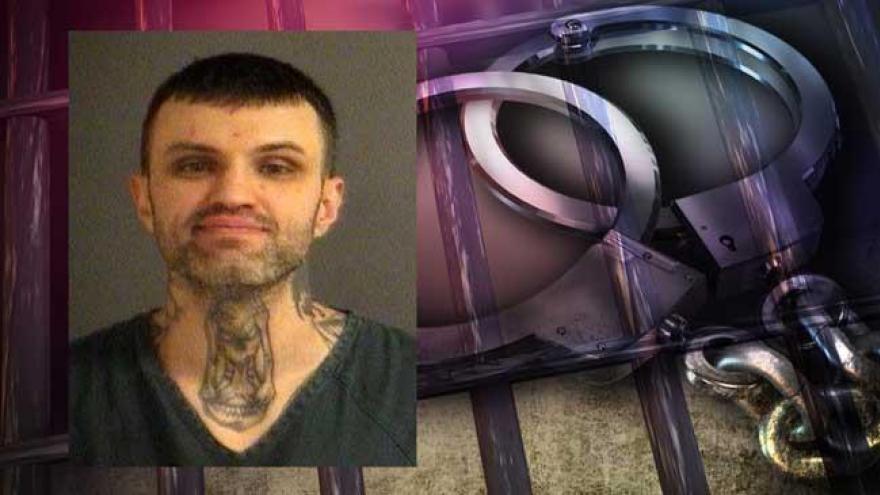 South Bend Police arrested a burglary and theft suspect after employees of a burglarized business helped track the suspect down, according to the probable cause affidavit.

The morning of February 16, employees arrived to TruGreen on Gagnon Street in South Bend and noticed the fence to the business had been knocked down and three company trucks were missing.

They determined the keys had been stolen from inside the business, reports said.

The employees tracked the GPS location of the trucks and one was parked nearby.

Three employees went to the location where the truck was parked and found a man unloading equipment from the truck into a vacant, overgrown lot.

When the suspect noticed the three employees, he ran into a heavily wooded area - and the employees followed him.

Eventually they caught up with the suspect, later identified as Stephen Edward Taghon Jr., and tackled him in a pile of mud and water, reports said.

Taghon pulled out a small handgun and told them to get off him, according to the probable cause affidavit.

The three employees left and flagged down a South Bend Police officer.

A short time later, a man wearing muddy and wet clothing came out of the wooded area and was taken into custody.

Police said they located keys with TruGreen tags on them on his person.

The three trucks taken from the business were recovered from nearby wooded areas.

Each of the trucks had tools and equipment that did not belong to TruGreen.

Officers saw some of the equipment had the name Havel on them.

It was discovered two of Havel's work vans and a storage trailer had been burglarized.

Taghon was charged with burglary, auto theft, pointing a firearm, and theft.