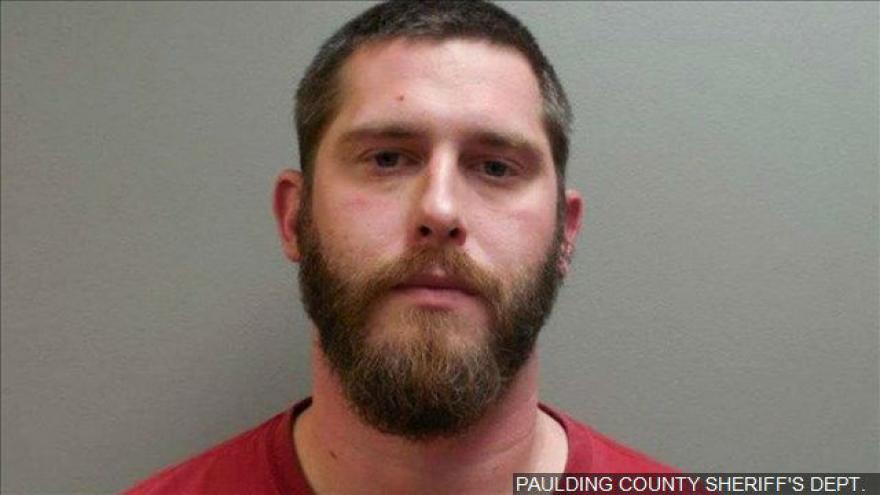 (CNN) -- A suspected rapist -- who escaped last week during a prison transport in Ohio -- killed himself Monday, marking the end of an interstate manhunt, police said.

Branden Powell, 32, of Antwerp, Ohio, overpowered a deputy, swiped his gun and broke free from a van Friday, police said. He had been considered "armed and dangerous."

After a weekend of combing for clues, police located Powell in the basement crawl space of his parent's home in a rural area of Antwerp on Monday around 6 p.m. They attempted to bring him out.

"However, Powell did not comply with those efforts. Branden Lee Powell chose to take his own life by gunshot at approximately 9:30 pm," said Paulding County Sheriff's Jason Landers in a statement.

Local, state and federal authorities, including the FBI and US Marshal Services, had been involved in the search.

Powell was indicted last month on allegations of first-degree rape, attempted rape and four sexual battery charges, according to an arrest warrant. He was arrested and booked last month.

Powell had cut his throat with a razor and had to be taken to Northwest Ohio Psychiatric Hospital in Toledo and admitted for treatment, the sheriff said.

After he was released from the hospital on Friday, Powell was being taken back to jail when the escape occurred.

Powell had been shackled and handcuffed in a van when he was able to maneuver over a row of seats and place a Paulding County deputy in a headlock, Landers said.

That deputy, Robert Miller and Powell were the only occupants in the vehicle.

"This particular vehicle does not have a cage in the back," Landers said, adding that Powell probably "wouldn't have been able to get to the driver if there (were) a barrier."

During the struggle, the vehicle crashed. The inmate allegedly stole Miller's gun and the handcuff key, the sheriff said. He freed himself and forced Miller to handcuff himself, Landers said.

Then Powell fled with a .40-caliber pistol and 30 rounds of ammunition, Landers said.

"He had a plan to escape," Landers said. "He had a mindset to escape."

The deputy freed himself within minutes and suffered minor injuries, Landers said.

At the time of his escape, Powell was wearing blue jeans, a dirty white and brown T-shirt, a brown sweatshirt and white sneakers.

Paulding County is on the Indiana border and about 50 miles from Michigan. Authorities offered a $2,000 reward for information that would lead to Powell's arrest.

Pete Elliott, US marshal for northern Ohio, said a fugitive task force was requested by the Paulding County Sheriff's Office to assist in the search for Powell.