Ethics lawsuit to claim Trump is in violation of Constitution 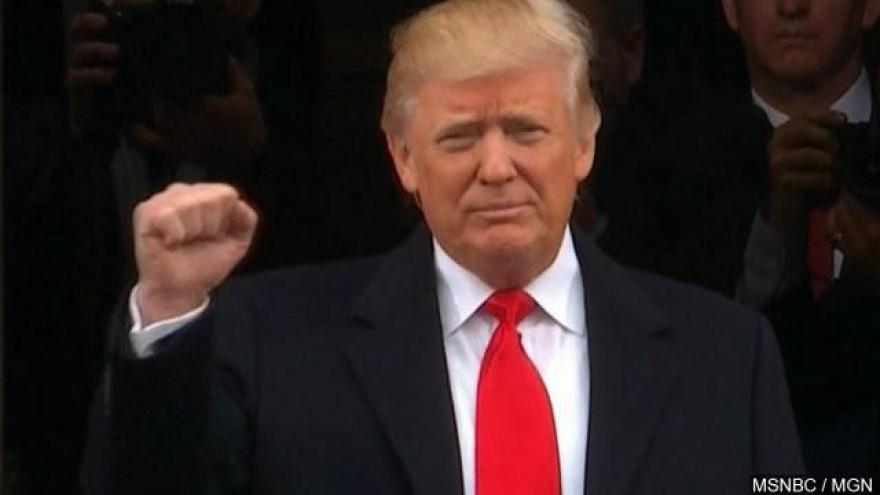 NEW YORK (CNNMoney) -- An ethics group says it will file a federal lawsuit on Monday claiming President Trump is violating the Constitution by accepting payments from foreign governments through his business empire.

The lawsuit by Citizens for Responsibility and Ethics in Washington, or CREW, will argue that the emoluments clause of the U.S. Constitution should bar Trump from receiving anything of value from foreign governments without congressional approval.

"We did not want to get to this point. It was our hope that President Trump would take the necessary steps to avoid violating the Constitution before he took office," CREW Executive Director Noah Bookbinder said in a news release Sunday. "He did not. His constitutional violations are immediate and serious, so we were forced to take legal action."

News of the lawsuit was first reported Sunday by the New York Times.

At a January 11 press conference, Sheri Dillon, a lawyer for Trump, dismissed concerns that accepting hotel business from foreign governments would violate the emoluments clause.

"No one would have thought when the Constitution was written that paying your hotel bill was an emolument," she said.

Trump owns or has a position in at least 564 businesses and partnerships that have done businesses in at least 25 foreign countries, according to a CNN analysis.

Ethics lawyers, many of whom work with CREW, have repeatedly urged Trump to divest himself of those holdings to avoid potential conflicts of interest.

But Trump has refused to sell anything he owns. At the January 11 press conference, he said he'd put his holdings into some type of trust controlled by his two adult sons, but he would still maintain an ownership stake in his properties.

That decision, ethics experts have stressed, leaves open the possibility that Trump's personal profit motive could influence his decisions as president.

According to CREW, Trump's refusal to divest means "he is now getting cash and favors from foreign governments through guests and events at his hotels, leases in his buildings, and valuable real estate deals abroad."

"When Trump the president sits down to negotiate trade deals with these countries, the American people will have no way of knowing whether he will also be thinking about the profits of Trump the businessman," the group wrote in its news release announcing the imminent lawsuit.