Excise police cracking down on underage drinking at tailgates 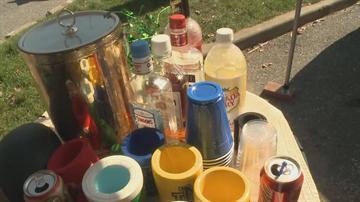 You might want to be extra careful about who you share your alcohol with at Notre Dame tailgates this college football season, Indiana State Excise Police will be out in force making sure liquor laws are obeyed.

This past weekend excise cops arrested 126 people and wrote 35 tickets during the festivities for Purdue’s first home game.  Among those arrested were 35 adults who were caught supplying booze to underage drinkers.

At Indiana University’s opening game there were 35 arrests on 30 charges.

Excise police have told Notre Dame student leaders that they will be including tailgates at Irish games in their stepped up enforcement, so it might be a good idea to start checking IDs if you’re holding a tailgating party.