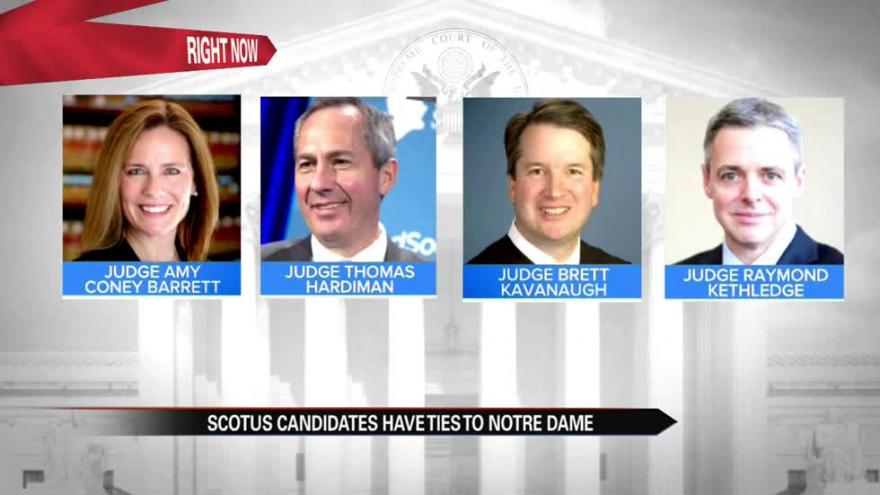 WASHINGTON D.C. -- President Donald Trump is scheduled to announce his pick to replace outgoing Supreme Court Justice Anthony Kennedy Monday night at 9 p.m. The field has been narrowed down to four contenders, including two with ties to Notre Dame.

Judge Barrett graduated from the Notre Dame Law School and is a professor there. She lives in the South Bend area, but commutes to Chicago several times a week for her work as a federal appeals court judge.

Hardiman was a contender for the Supreme Court Justice seat that went to Neil Gorsuch.

We spoke with people outside the Capitol about President Trump's upcoming announcement.

"I feel like a lot of people are talking about it, there's a lot of glamour. It's a big announcement. I've seen it all over social media, there are a lot of articles about it, I'm really excited to see who he picks tonight," Zach Sullivan said.

"You can just feel the anticipation in the air," Diane Fink said.

"Lots of excitement, I think, it's getting charged up, it's getting more and more as you go through the day," Jennifer Berthiaume said.

Regardless of who the president chooses, the person's impact on the country will be felt for many years to come.