Family of six found dead in van in river 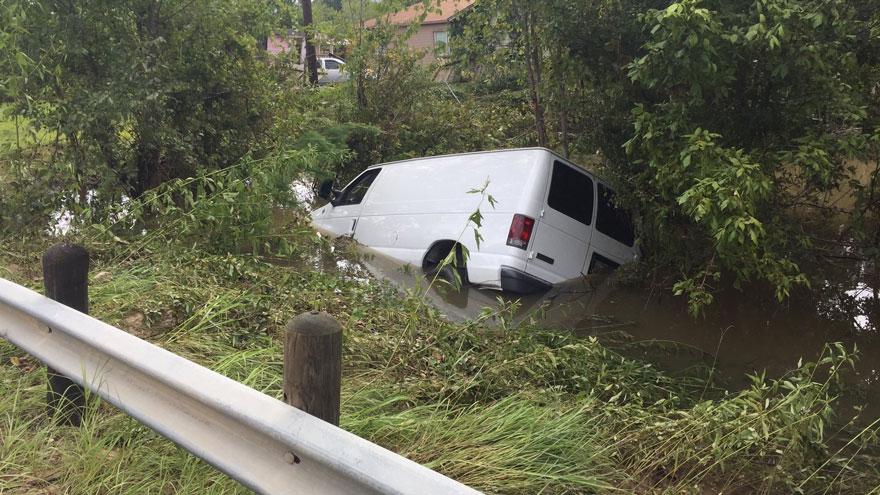 (CNN) -- A van carrying six members of the same family has been found in the river where it was last seen Sunday, authorities said.

"We have a total six confirmed dead," Gonzalez said in a news conference Wednesday. "Our worst fears have been realized."

The grim discovery was the latest in Harvey's aftermath. The sheriff's department released a photo of the van where it was found partially submerged in Greens Bayou.

Sammy Saldivar, the son of Manuel and Belia Saldivar, was driving the van when it plunged into the river.

He managed to wriggle out of his seat belt and squeeze through the driver's side window, his relatives told CNN. But his parents and their great-grandchildren, Devy, 16, Dominic, 14, Xavier, 8, and Daisy, 6, did not escape.

Rescuers on Sunday found Sammy hanging onto a tree branch but could not immediately locate the van.

Sammy had recently moved to Texas from Missouri to live with his aging parents, who both suffered from Alzheimer's disease, his brother said. He packed up his parents and the children in the van as Tropical Storm Harvey flooded their neighborhood.

As he approached a bridge over Greens Bayou, he tried to turn around but his father urged him to keep going, his brother, Ric Saldivar, said. The way they were raised, "Dad tells you to do something, you do it," he added.

Sammy made it across the bridge only to encounter a dip in the road on the other side, Ric Saldivar said, recalling what his brother told him. Sammy lost control and the van went nose-first into the bayou.

"He's still blaming himself," Ric Saldivar said. "He was trying to do the right thing to get them out of the flood ... and it just happened."