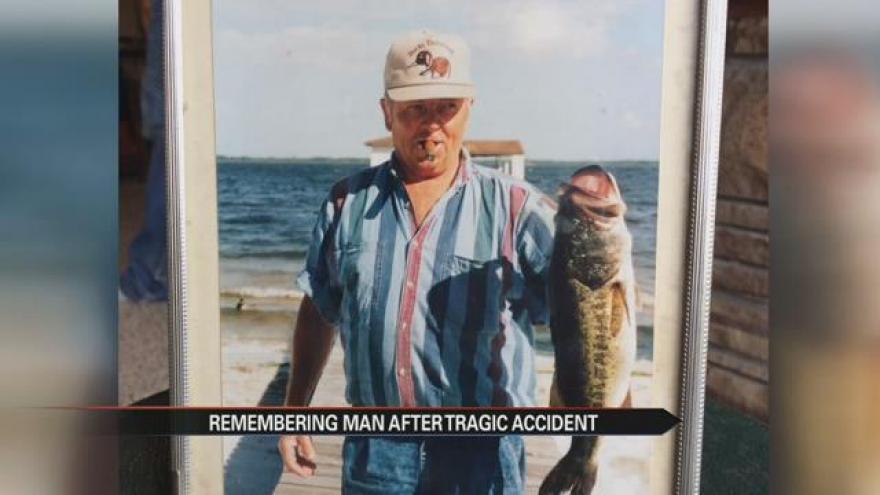 A lifelong Berrien County farmer is being remembered by his family and community after dying in a tragic accident early Friday morning.

“He’s really proud of keeping the farm legacy going,” Dean Froehlich said of his father. “I could see that in his eyes.”

Robert Froehlich, 81, had farming in his blood.

He grew up on a farm in Sodus Township before starting his own farm on 80 acres in Berrien Center in 1957.

“He was [a] third generation [farmer],” Dean said. “I’m fourth. And my son is now fifth generation. And he’s got two twins. Who knows what’s gonna happen there!”

Dean followed in his father’s footsteps after introducing his wife Karen to his dad.

“[Robert] joked around a lot,” Karen said. “[He] made me feel comfortable; warm. A warm man. He was a good polka dancer! He would swing me around and I remember him very well. And I just love him.”

Robert woke up Friday morning at his farm house with his beloved wife Connie.

He followed his usual routine – making the short drive to Hopper’s Family Restaurant in Berrien Springs for breakfast.

Dean said it’s the local farmers’ hot spot for a warm meal before a day on the job.

But as Robert made a left turn off Deans Hill Road onto Old U.S. 31 Friday morning, he collided with a passing truck.

And moments later, while surveying the damage of his truck, Robert was hit and killed by another passing driver.

“I can tell you that it’s a busy area in the morning with people going to work and to school,” Berrien County Sheriff’s Department Lieutenant Steven Campbell said.

Robert’s family described him as kind, gracious, and faithful.

“He was a very good man,” Dean said. “I wish there was more people in this world like that.”

The two other drivers involved in the crash are OK, and the crash itself is still being investigated.