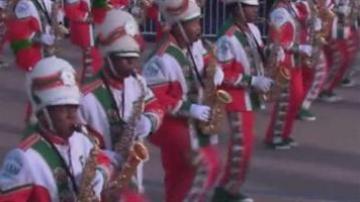 TALLAHASSE, Fla. -- The president of FAMU James Ammons has resigned.

It was announced the same day local news media reported a lawsuit was filed against the school for the death of Robert Champion.

The 26-year-old drum major died after he was beaten last year in an alleged hazing incident on a band bus.