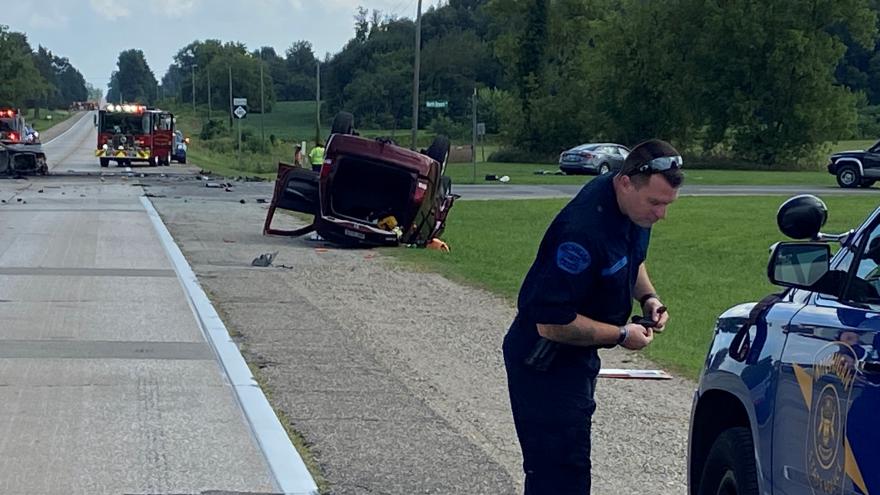 BERRIEN COUNTY, Mich. -- Michigan State Police says their troopers investigated a three-vehicle crash that took place at approximately 3:54 p.m. on Tuesday at M-140 and North Branch Road that killed one person and injured three others.

Police say one vehicle was stopped in a northbound lane of M-140 before attempting to turn west onto North Branch Road.

Before finishing to turn, that vehicle was rear ended by another vehicle traveling north on M-140, police say.

This caused the initial vehicle to be pushed into oncoming traffic and collide with another vehicle travelling on a southbound lane of M-140, police say.

The passenger of the southbound vehicle, 68-year-old Linda Kobb of Mishawaka, was pronounced dead at the scene of the crash, police say.

Police say the driver of the southbound vehicle was transported to Spectrum Health Lakeland in critical condition.

The drivers of the two northbound vehicles were transported to Spectrum Health Lakeland with injuries that are not described as life-threatening, police say.

The investigation into this crash remains ongoing as the use of seatbelts and the possible involvement of drugs and alcohol have not been determined.