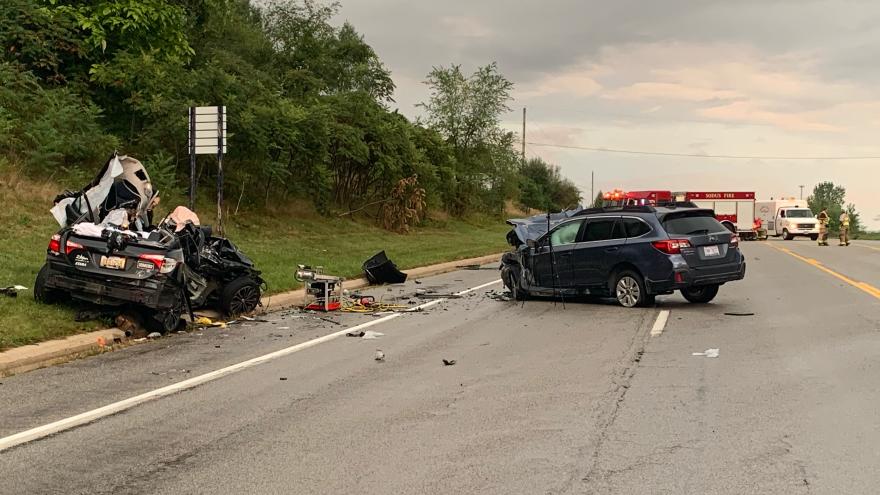 BERRIEN COUNTY, Mich. -- Police say Michigan state troopers arrived to the scene of a crash at approximately 6 p.m. on Monday that involved two vehicles on Sodus Parkway that killed two people and sent four others to the hospital.

Early investigation reports show that one vehicle lost control on the wet pavement while travelling east on Sodus, crossed the center lane, and crashed into a westbound vehicle, police say.

The driver, a 42-year-old man of Niles, and the front seat passenger, a 13-year-old boy of St. Joseph, of the eastbound vehicle were pronounced dead at the scene of the crash, police say.

An eight-year-old in the eastbound vehicle was transported to Lakeland Hospital with serious injuries, police say.

Police say all three occupants of the westbound vehicle were transported to Lakeland Hospital for non-life threatening injuries.

It is unknown currently if drugs or alcohol were a factor in this crash as the investigation continues, police say.