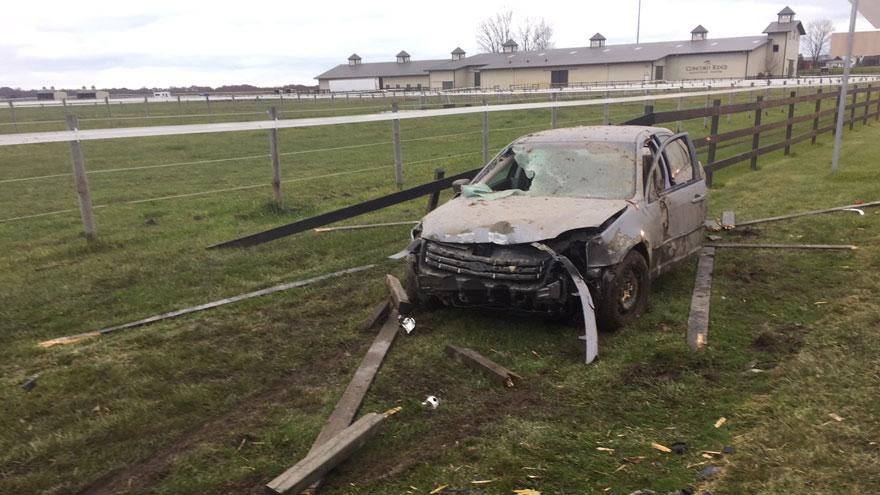 BERRIEN COUNTY, Mich. – A man died after his vehicle crashed on M139 near Dickenson in Royalton Township at approximately 6:47 a.m. Sunday, according to the Berrien County Sheriff's Department.

The driver was traveling north on M139 when his car went off the road and ran into a long line of fencing.

The driver, 27-year-old Demarcus Davis, died at the scene.