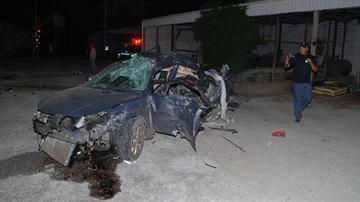 KOSCIUSKO COUNTY, Ind. -- Two people were killed when their car collided with a train in the town of Sidney in Kosciusko County.

The Kosciusko County Sheriff’s Department and emergency personnel responded to the crossing at State Road 13 around 4:42 a.m. Friday.

A Norfolk Southern 61-car freight train struck a 2008 Mazda at the SR 13 crossing.

The initial investigation revealed Cox was northbound on SR13 when he pulled into the path of the train. The investigation is ongoing.