FBI arrests man with gun at a Flint movie theater 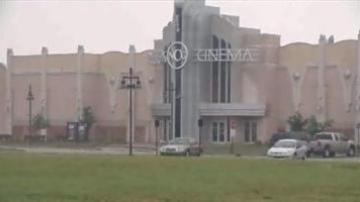 GRAND BLANC TOWNSHIP, Mich. — The FBI say it arrested a man who showed up to a Michigan movie theater carrying a gun.

He was wearing body armor and had at least 34 rounds of ammunition.

Police say the man was charged Wednesday with possessing a phony CIA card.

Police were called to the theater near Flint, Michigan on Tuesday after someone noticed the vest and gun.

Investigators say the man was watching a movie when police arrived. It is not clear whether the man planned to use that gun.

The man also had more than 100 rounds of ammunition in his car.