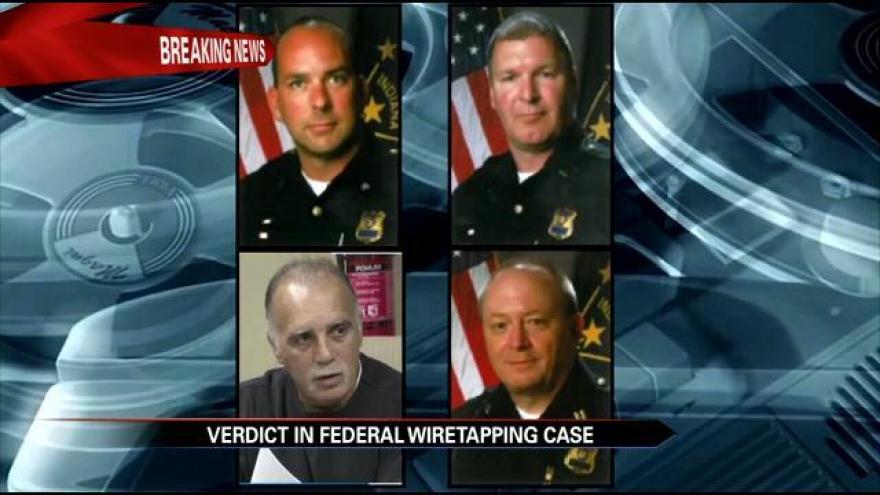 A federal judge has finally ruled on whether the South Bend Police Department recordings were illegal and whether they can be released. The judge ruled that some of the recordings did violate the Wiretap Act while others did not.

The judge found that the recordings made on Officer Brian Young's line on or before February 4, 2011, do not violate the Wiretap Act and their disclosure would not violate the act.

Any recordings made after February 4, 2011, when DePaepe discovered Young's line was inadvertently being recorded, violated the Wiretap Act, according to the judge, and are prohibited from disclosure.

August 30, 2012, the City of South Bend asked the court to determine whether the recordings of phone calls at the South Bend Police Department violated the Federal Wiretap Act.

The police department had a system that recorded 48 lines simultaneously. Once a line was wired to the recording system, everything on that line was recorded.

Officers who wanted their lines to be recorded could request it through Karen DePaepe and only DePaepe and the officer would know the lines were being recorded.

The line belonging to Brian Young was initially assigned to Rick Bishop, who requested his line be recorded. Through a series of phone line transfers, office moves, Young ended up with Bishop's old line years later, with no knowledge the line was being recorded.

In 2010, DePaepe began listening to some recordings while troubleshooting a problem with the system. She wanted to make sure no data was lost.

While listening, DePaepe heard Young on the line and thought it was a malfunction, so she listened to previous recordings and realized Young's line was being recorded.

While listening, DePaepe heard comments in Young's recorded conversations she thought were inappropriate. In March 2011, she told then Chief of Police Darryl Boykins Young's line was being recorded and there were some disturbing conversations on the line.

Boykins decided to continue the recordings to gather more information before making a decision, according to the court decision.

In October 2011, Young learned his line was being recorded and asked for it to stop, but nothing was done.

Two months later, Boykins asked DePaepe to give him the relevant recordings of Young's line to keep as evidence. DePaepe gave him five cassettes with recordings from eight dates.

According to court records, Boykins told Young and Richmond he had the recordings, told Richmond he thought he was no longer a loyal employee and threatened to demote, discipline or fire him.

Not long after that, the federal investigation into the recordings began, Boykins was demoted and DePaepe was discharged.

After discovering Young's line was mistakenly recorded, the judge says continuing these recordings without Young's consent was intentional and illegal.

The judge also ruled any recordings made prior to February 4, 2011 and on February 4 did not violate the Wiretap Act.