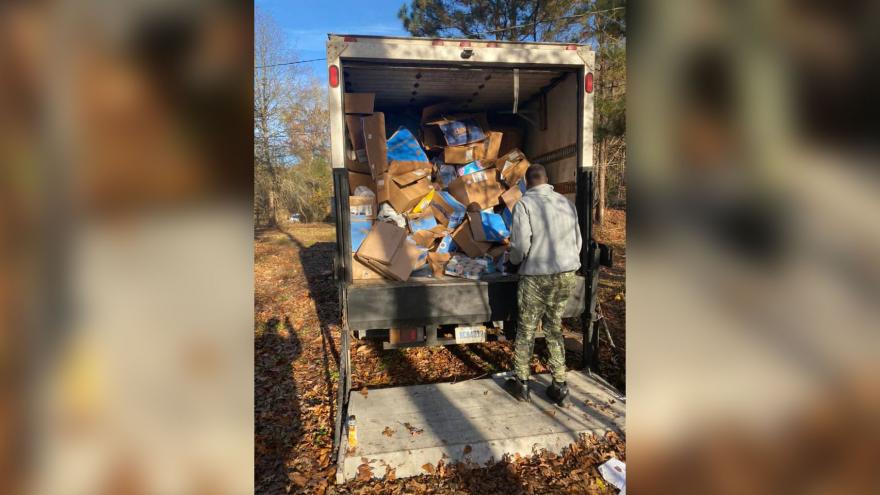 (CNN) -- Authorities investigating the discovery of hundreds of FedEx packages in an Alabama ravine have questioned the driver they think is responsible -- and believe the driver dumped packages there at least six times, a sheriff said Tuesday.

The investigation began November 24, when sheriff's deputies in northern Alabama's Blount County found 300 to 400 packages in a ravine on private property, the county sheriff's department said.

On Monday, the sheriff said a driver who investigators believed was responsible had been identified and questioned.

The name of the driver wasn't released, and no arrest or charges have been announced. The sheriff's office also has not released any information about a suspected motive.

"This will not be an easy or fast case to close. ... I am asking for patience from our citizens as our investigators work through this case," Moon's post reads. FedEx sent workers and trucks to the ravine last week to begin recovering and distributing the packages. The property is about 40 miles outside Birmingham.

The questioned driver "is no longer providing service on behalf of FedEx Ground," FedEx said Tuesday in a prepared statement.

"We regret the inconvenience this situation has caused and appreciate our customers' understanding throughout the package recovery process," the company's statement reads. "Where possible, recovered packages are being delivered to the intended recipients.

"In the event of a damaged shipment, we will make every effort to work with the affected shippers to reach a resolution. As always, customers with questions about their shipments can track their packages by visiting fedex.com."