Fight for Falluja: How we got here, why it matters 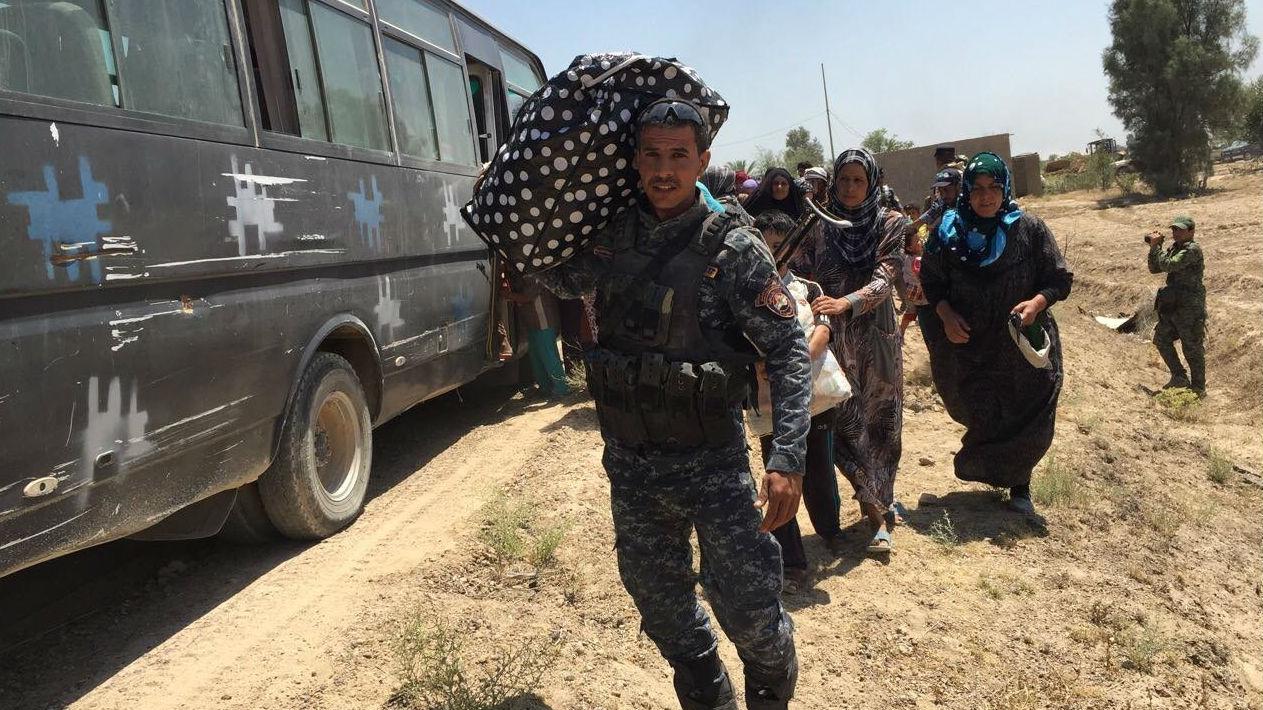 (CNN) -- One of the most significant battles against ISIS is unfolding in the crucial city of Falluja.

The metropolis west of Baghdad is much more than just a city gripped by ISIS. It's also a bastion of history and symbolism, including for the United States.

Here's what you need to know about the fight for Falluja:

Why is control of Falluja so important?

Falluja was the first Iraqi city captured by ISIS in January 2014 -- dealing a significant blow to Iraq as well as Western countries trying to contain or eradicate the terror group.

Sunni extremist groups such as ISIS and its predecessor, al Qaeda, portray Falluja as a symbol of resistance -- especially given the city's close proximity to Baghdad.

Who's involved in the operation to retake Falluja?

A mix of Iraqi army, police, anti-terrorism units, Sunni tribal militias and what are known as the Popular Mobilization Units (PMU) -- Shia-dominated militias trained by Iran -- are participating in the offensive.

U.S. warplanes will provide some air cover, but will have to do so selectively because the United States doesn't want to give the impression it's providing air support for pro-Iranian forces.

Dire. Under ISIS control, residents have suffered from a severe lack of food, water, medicine and other supplies.

The Iraqi military, bolstered by recently delivered U.S.-made F-16 fighter aircraft, has been bombarding targets in and around the city for weeks.

And the worst may be yet to come.

The Iraqi air force recently dropped thousands of leaflets over Falluja warning civilians of the impending violence and urging them to flee -- but ISIS is reportedly preventing residents from doing so.

As of Wednesday, about 20,000 children remain trapped in the city because very few families have been able to leave, according UNICEF, the United Nations' children's agency.

"As the violence continues to escalate in Falluja and across Iraq, we are concerned over the protection of children in the face of extreme and rising danger," UNICEF's Iraq spokesman Peter Hawkins said in a statement.

"Children face the risk of forced recruitment into the fighting ... and separation from their families."

Why tout the operation early?

All this may seem bizarre, since it could give ISIS more time to prepare and to beef up its forces in Falluja.

But in this case, the need to bolster a beleaguered government's credentials seemingly outweighed operational secrecy.

Falluja was the scene of some of the bloodiest fighting between U.S. forces and insurgents during the American occupation of Iraq.

In March 2004, four American security contractors from the Blackwater company were killed in an ambush in Falluja.

The Americans' charred, mutilated bodies were strung up from a bridge spanning the Euphrates River. Footage of the scene showed men and boys celebrating, many of them cheering, "Falluja is the graveyard of Americans."

Then, in November 2004, a U.S. attempt to drive insurgents (such as al Qaeda) out of Falluja resulted in some of the hardest, bloodiest warfare American troops had experienced since Vietnam.

The weeks-long operation ultimately succeeded in clearing out the insurgents, but it left Falluja a city of smoldering ruins.

But after a boost in U.S. troop levels in 2007, a U.S. commander described Falluja as "an economically strong and flourishing city."

Even if Iraqi forces take back Falluja, an even bigger challenge looms: trying to take back Mosul, the country's second-largest city.

ISIS took over Mosul in June 2014 in what many call a humiliating defeat of the Iraqi army. According to some accounts, as few as 400 ISIS fighters bested 10,000 soldiers and police and captured a massive arsenal of U.S.-supplied equipment -- including 2,000 Humvees.

And recent history has proven that defeating ISIS is a mammoth challenge. It took several failed attempts to crush ISIS in neighboring Ramadi -- and much of that city remains uninhabitable.

It's unclear what Falluja will look like when or if Iraqi forces manage to wrest the crucial city from ISIS' control.