Film students have role in Oscars 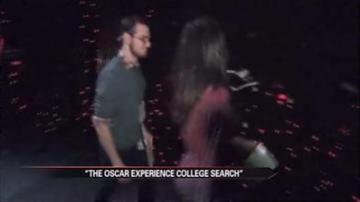 Along with the glitz, glam and gorgeous celebs at the Oscars, you may also catch a glimpse of film students

Oscar producers and host, Seth Mcfarlane, decided to inspire young filmmakers by asking them to submit a video on how they'd contribute to the future of movies.

The lucky six students chosen will be handing the Oscars to the celebrity presenters.

"Being here is such a great opportunity, especially for networking because that's what the film industry is all about," said AJ Young, from Columbia College in Chicago.