Fire breaks out at Summer Place Apartments in Granger 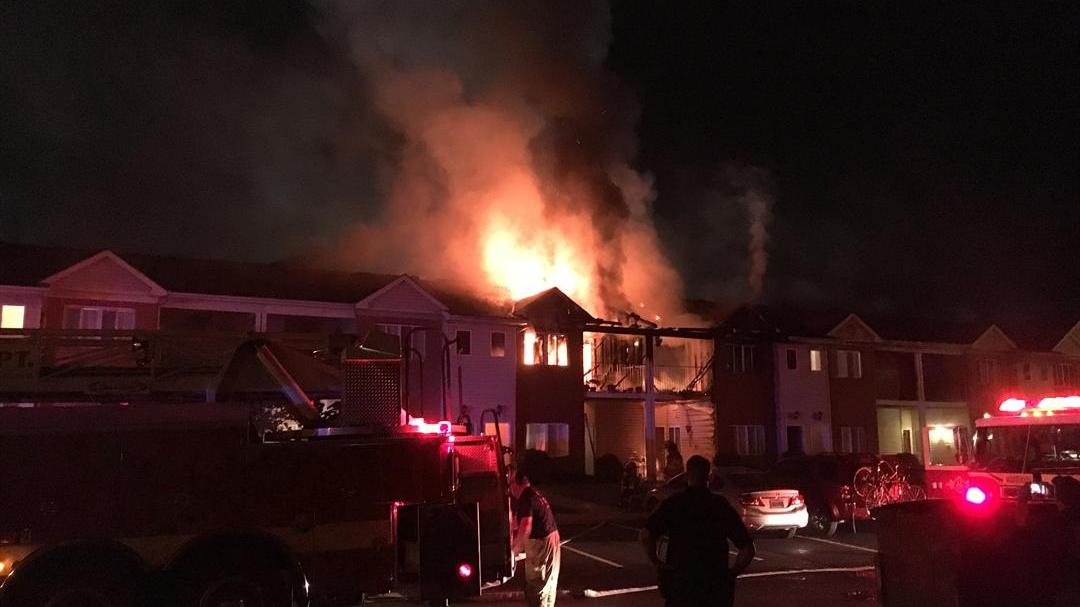 **Update** Firefighters worked for several hours to clean up after the fire started at 10:45 p.m. When firefighters got to the scene, they found a balcony that was engulfed in flames.

They then started to pour water on the fire to put it out. It took about an hour to put out the fire and there were eight different trucks on scene.

Susan and David Hagen also live in the complex and were on the way home from dinner when they saw the fire and called 911.

David, who is a former police officer even tried to help with the initial response. “I ran up there with a fire extinguisher and from the time I ran up there to the top of the stairs to the porch area. It was fully engulfed. It was that fast,” he said.

His wife immediately called 911 while he tried to make contact with any people who could have been still inside.

“I went and knocked on the door to try and get people’s attention. No body answered so I started knocking on all the doors in the whole apartment complex to try to get people to get out of the apartment,” he added.

Six units were damaged from the fire but at this time the whole building is blocked off with caution tape. Firefighters said there are no known injuries.

At this time, the cause of the fire is still under investigation.

Summer Lake Apartments is located off of East University Drive.

Mishawaka Fire requested aid from nearby fire departments to help put out the fire.

The fire has been contained and crews are still on the scene.

It’s unknown at this time if there are any injuries.