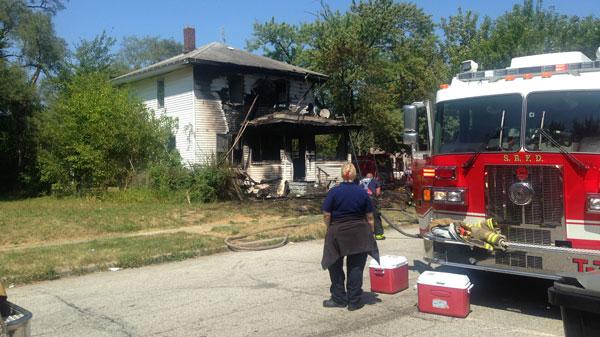 Firefighters say it appears the fire started on the porch, but the investigation into the cause is ongoing.

The fire was fully involved when crews arrived around 11:50 a.m.

The house was searched but no one was inside.

It is believed the house is vacant, but firefighters said it appeared someone was living on the porch.

It took approximately a half hour to put out the flames.