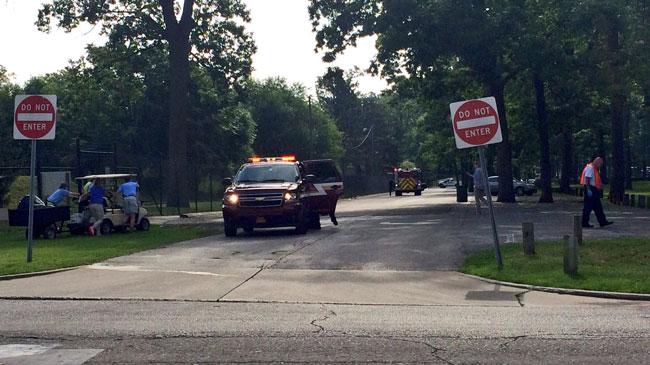 Two people were injured when they lit an unexploded firework in the parking lot of the Potawatomi Zoo around 9 a.m. Monday.

According to South Bend Fire, a man said he found an unexploded firework in the parking lot of the Potawatomi Zoo. He lit the firework and attempted to throw it, but it went off quicker than he expected.

The man suffered severe injuries to his hand. He was transported to the trauma center at Memorial Hospital.

An acquaintance of the victim was standing nearby and suffered blast injuries to his side. He was also transported to Memorial Hospital.

There were no other unexploded fireworks located in the area.

Fire officials say if you see a firework, do not pick it up.