The focus now turns to our next winter storm. There’s the potential for half a foot of snow again in Michiana. As we track the storm through the weekend we’ll be looking closely at its path. A more northerly route would bring sleet or rain, a more southerly more snow. That’s why the range in the forecast as of Friday night is between two and nine inches. 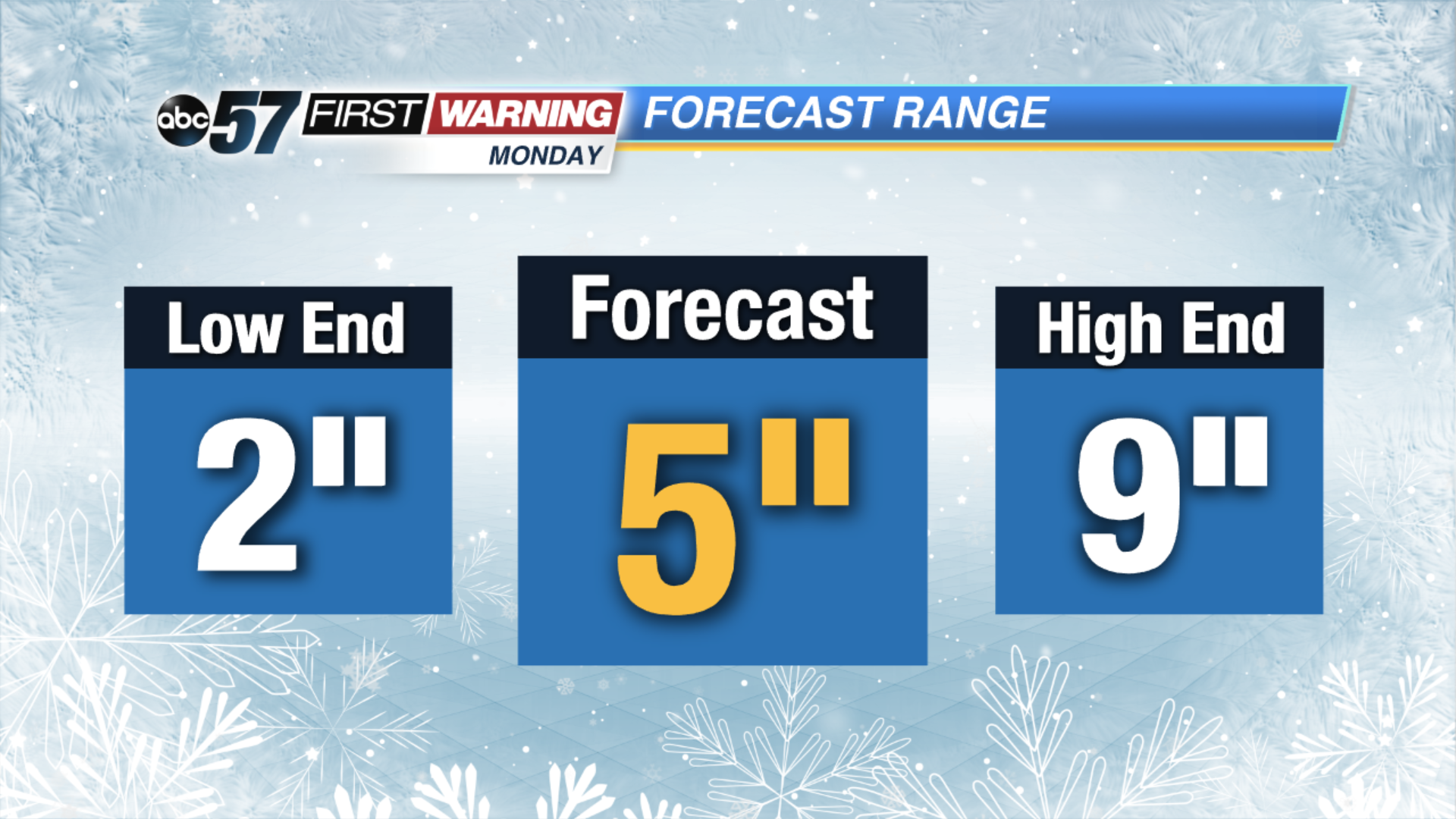 Mixed precipitation would reduce snow accumulation. There’s likely to be a sharp-cut off between all snow and mix. That line could be somewhere near U.S. Highway 6 between Westville in La Porte county and Syracuse in Kosciusko county. Any variance in the path will impact snow totals. This is the first forecast after looking at the models Friday night, now within 72 hrs of Monday’s snowfall. 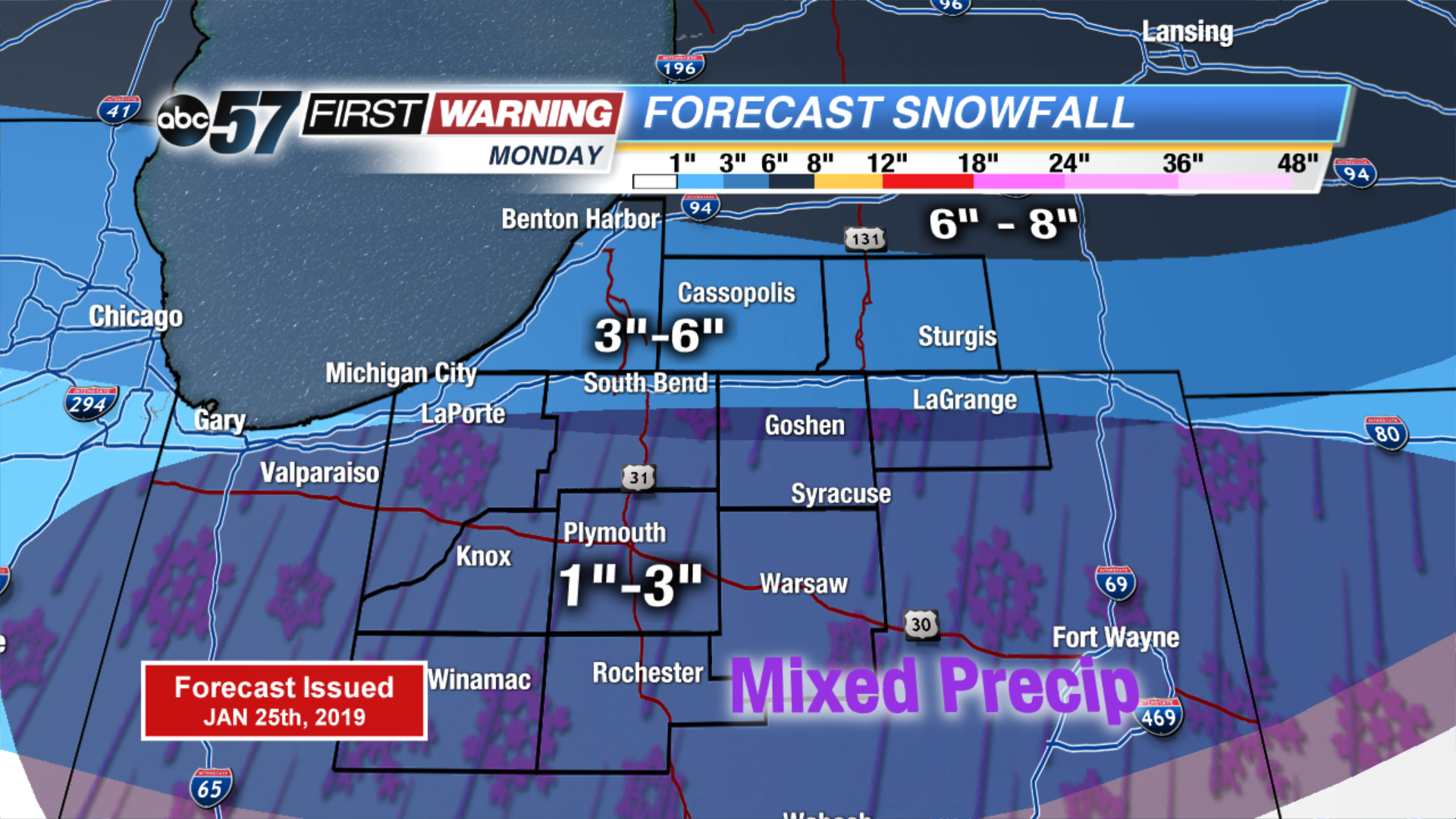 Following Monday’s snow temperatures plummet to what could be one of the coldest days ever in Michiana Wednesday.