It's about that time here in Michiana where we can start to see some flakes hit the ground, but as far as measurable snow goes, it typically comes later in the month. Our first inch of snow across Michiana is usually around the last week of the month into early December. Take a look at the map here. 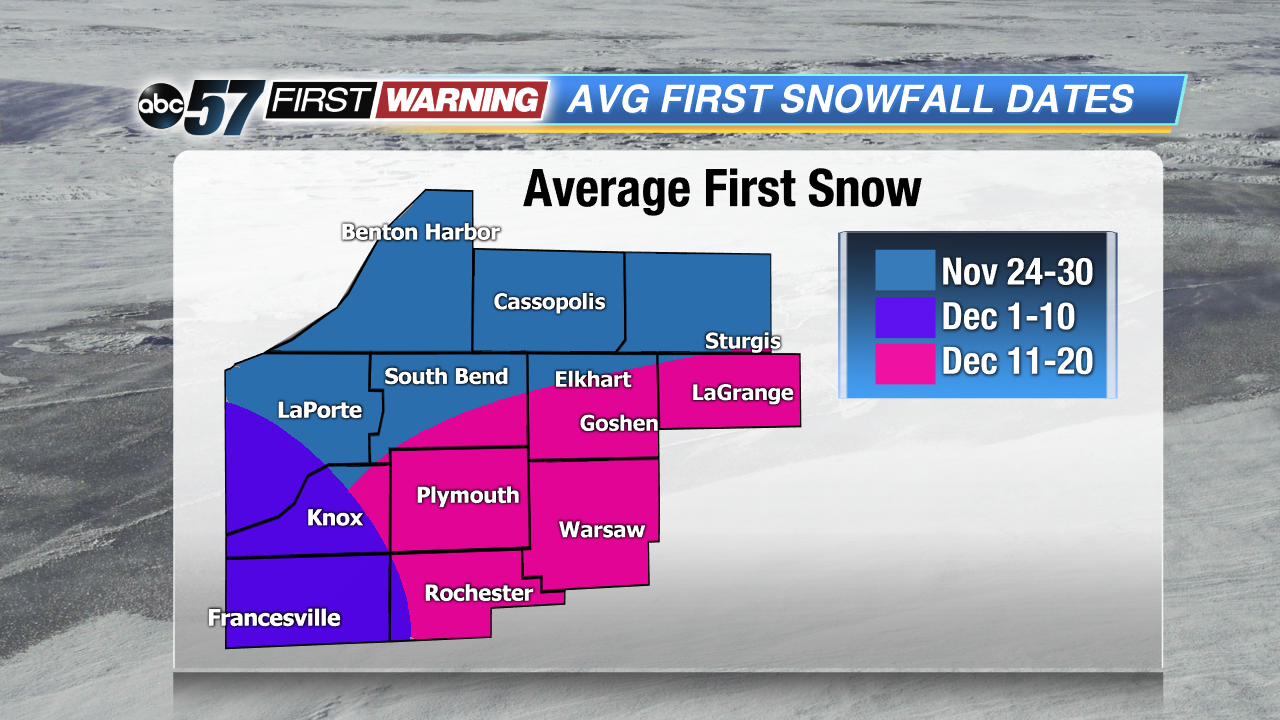 It's important to note that areas closer to the lake like northwestern and northern Michiana see measurable snow first thanks to lake effect. Although this will be our first system snow of the season, and it's definitely earlier than we typically see. As of now, accumulations continue to be around an inch. A couple of our models are indicating about 2 inches, but those are on the high side as others are pointing to a dusting or less than 1 inch by Saturday morning. No matter what, it's safe to expect snow Thursday night and Friday night along with a rain/snow mix at times Friday. 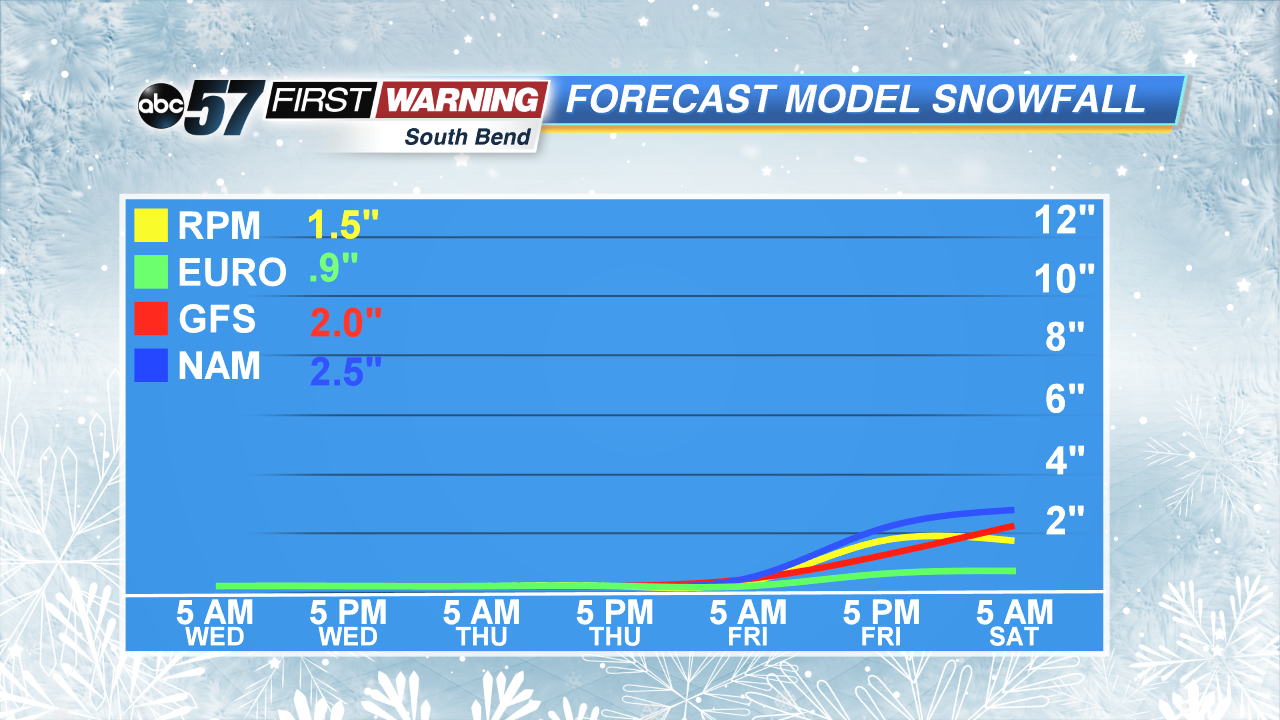 It's looking more and more likely that our first real blast of winter weather is coming Thursday night through Saturday morning. And we could see some light accumulations too as air temperatures will definitely be cold enough at night to support snowfall. But, the pavement is still well above 32 degrees. In fact, look at the measurement. So, any accumulation will most likely be confined to the grass. 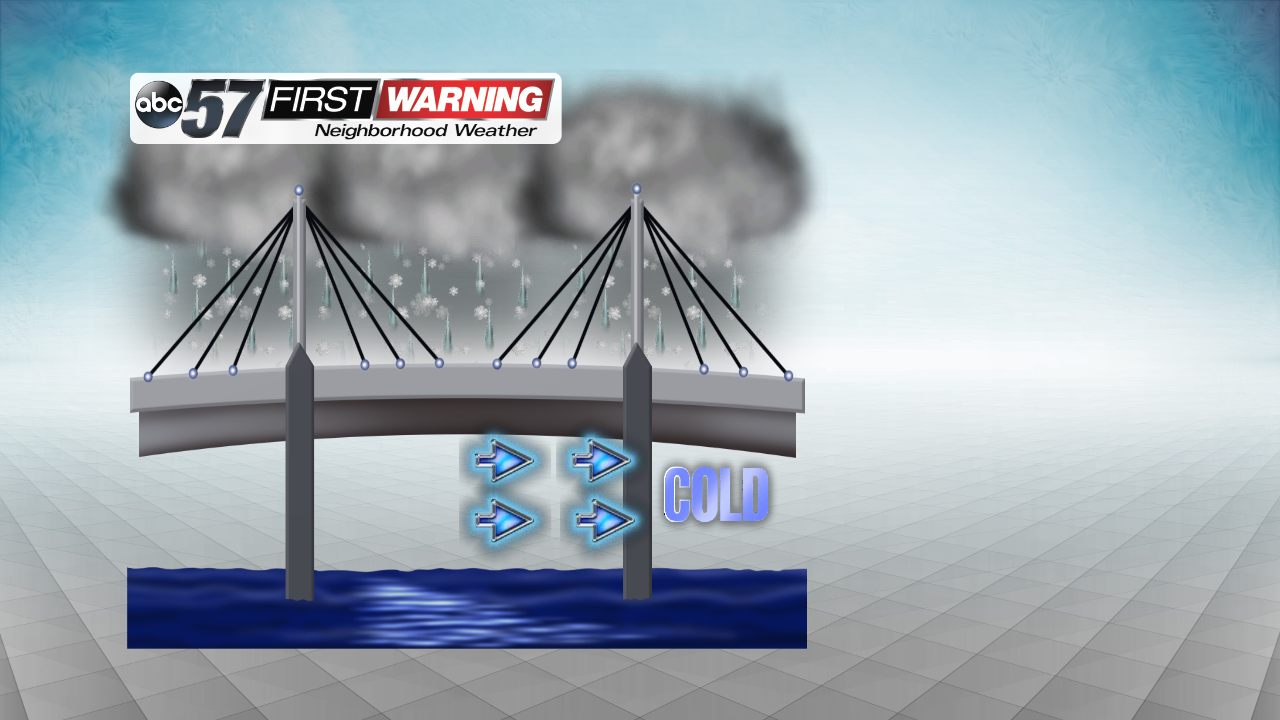 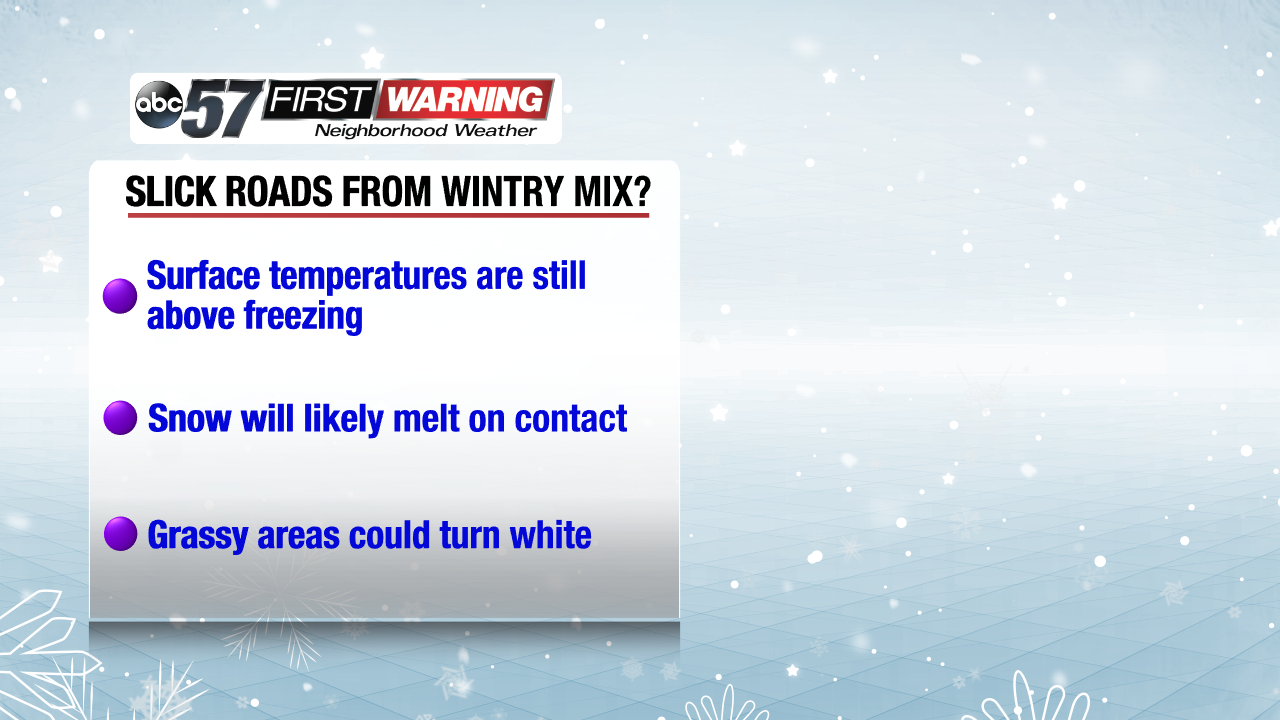 However, that doesn't mean you should let your guard down when on the roads Friday and Saturday! Bridges and overpasses consistently freeze first and i'm sure that most of us remember seeing those signs posted next to the road before going over any bridge around michiana. That's all because of the open air underneath the bridge. Cold air under the bridge allow the road surface to cool much faster than the road that's actually connected to the ground. So, even though the road may just seem wet a bridge may be an ice rink. It's important to keep an eye out as we push towards the weekend.