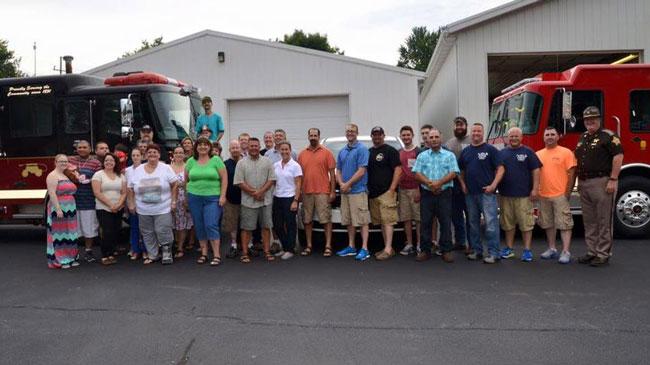 A family involved in a crash on Mother's Day at US6 and US421 met with first responders on Sunday.

According to the La Porte Sheriff's Office Facebook page, little Mike was the most seriously injured.

He was released from the hospital three weeks after the accident. He turned five while in the hospital.

Dianna was four months pregnant at the time of the crash and lost the child because of the injuries sustained in the accident.

All three have been released from the hospital and are on the mend and going through rehabilitation, according to the Facebook post.

The family expressed their appreciation to all of the bystanders and emergency responders that came to their aid that day and gave a large amount of credit for the recovery to the quick response and quality of care they received at the scene. They also expressed their thoughts and prayers for the family that was injured in the second vehicle involved in the crash.