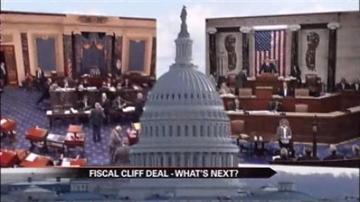 The drama over the fiscal cliff is over for now.

Once the deal passed, President Obama returned to his Hawaiian vacation.

"The one thing that I think hopefully in the new year we'll focus on is seeing if we can put a package like this together with a little bit less drama, a little less brinkmanship, not scare the heck out of folks quite as much," said President Obama.

While Congress avoided the fiscal cliff, they put off dealing with automatic spending cuts and the debt ceiling which could be far more damaging to the economy.