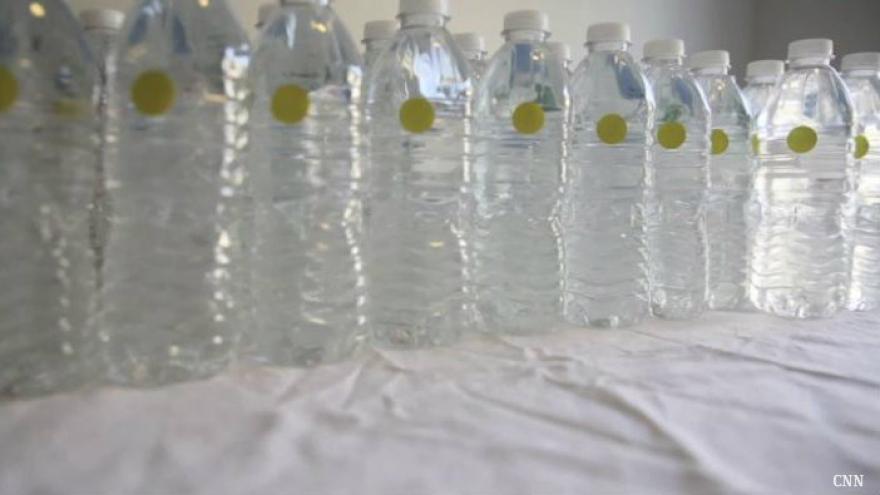 FLINT, Mich. (CNN) -- Dozens of Flint residents angry about the state's decision to end a free bottled water program took their outrage to the state Capitol on Wednesday.

The protest comes amid assertions by Michigan Gov. Rick Snyder that the levels of lead in Flint's water are below the federal limit and the quality is "well within the standards."

Four years ago, when the city switched it's water source from Lake Huron to the Flint River, large quantities of lead leached into the water supply and sickened hundreds of adults and children.

Two buses carrying residents -- including children holding plastic water bottles -- left Flint on Wednesday morning for the one-hour drive to the state capital of Lansing, according to a tweet from a reporter with CNN affiliate WEYI.

In Lansing, dozens of residents marched from the Anderson House Office Building to the steps of the Capitol, according to video from CNN affiliate WJRT. A rally was planned in the Capitol rotunda as state lawmakers gathered down the hall, according to a statement from rally organizers.

Some residents carried plastic water bottles and signs with messages such as, "You did it. You fix it!" according to the video. They chanted, "Hey hey, ho ho, Snyder's got to go!" and "Stand up for Flint!"

The state had been handing out bottled water and filters at distribution points across Flint as part of a $450 million state and federal aid package.

But the program ended this week when the current supplies ran out, according to WJRT.

Flint Mayor Karen Weaver's office is embarking on the second phase of a project to replace more than 22,000 lead-contaminated water service lines in the city, WJRT reported.

On Friday, residents rushed to the four remaining water distribution centers to try to get a last batch of the government-funded water bottles.

"Bottled water may be ending, but the state's commitment to the residents of Flint remains strong," said Rich Baird, senior adviser to Snyder, in a statement last week.

Nearly four years after the crisis began with the contamination of the city's drinking water, many residents still don't believe it's safe to drink the tap water.

The switch of the city's water source to the Flint River was a cost-cutting measure. But water from the Flint River is 19 times more corrosive than that of Lake Huron, according to researchers from Virginia Tech, so lead from the water pipes leached into the supply and soon the water coming from residential taps looked, smelled and tasted odd.

High levels of lead in the water gave people rashes and caused hair loss, among other health complaints.

Children exposed to high levels of lead could suffer "damage to the brain and nervous system, slowed growth and development, learning and behavior problems (e.g., reduced IQ, ADHD, juvenile delinquency, and criminal behavior), and hearing and speech problems," according to the Centers for Disease Control and Prevention.

Several local and state officials, including former emergency managers and water plant employees, have been charged with felonies. Some were linked to a Legionnaires' outbreak that killed 12 people during the Flint water crisis.