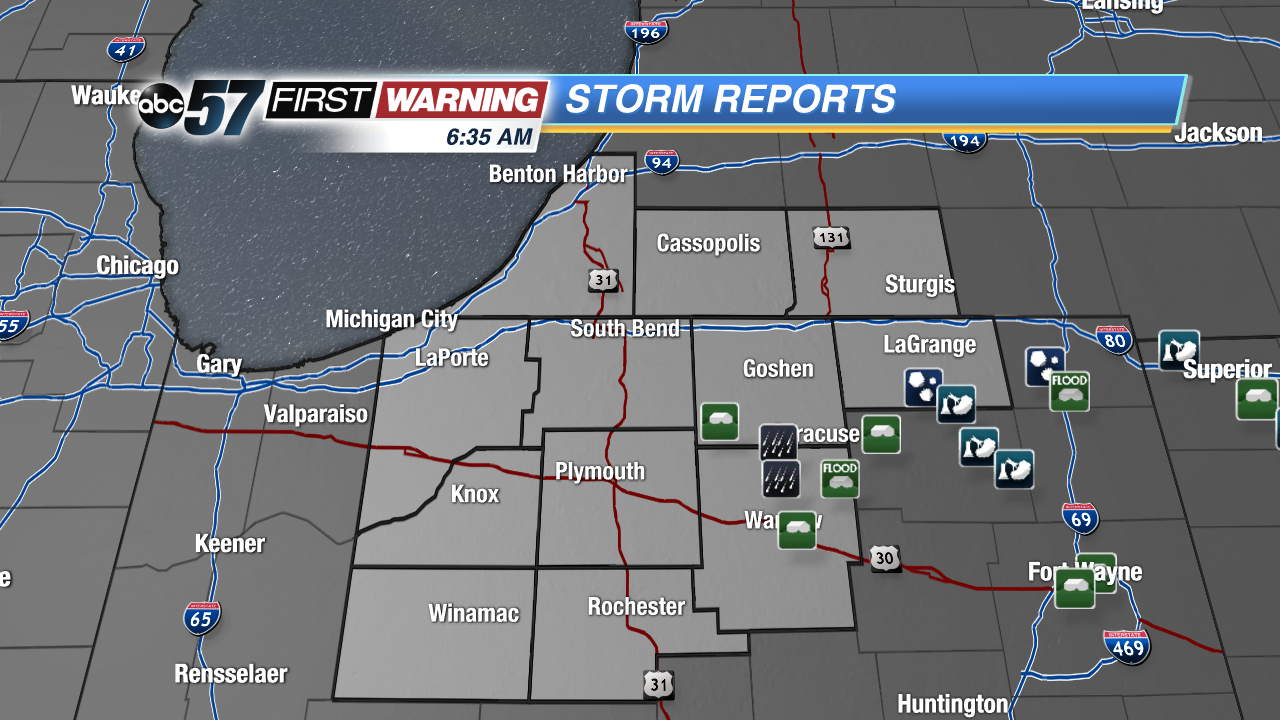 A few flash flood reports in Kosciusko and Elkhart counties but the worst of the weather was well to the south.

Yesterday, strong and severe thunderstorms ripped through portions of central and eastern Indiana and northwest Ohio. Here in Michiana, we were spared from the worst of the severe weather, but we still felt the effect of Sunday's storms.

We received a few reports of heavy rainfall as well as water moving across roadways in Kosciusko and even southern Elkhart counties yesterday afternoon. As much as 3" inches of rain fell in these areas in the span of a few hours, prompting a Flash Flood Warning for SE Michiana that lasted for about 3 hours.

Flood waters will be able to recede throughout this week, as a much drier trend is in store for Michiana.

Farther south, central and southern Indiana was hit much harder than us, as a few tornadoes did drop down in spots along with numerous severe thunderstorms packing heavy rain, large hail, and damaging winds yesterday afternoon. The National Weather Service sent down a survey team earlier this morning to take a look at the damage and make an official rating for the tornadoes that moved through in Central IN.